Festive trading may be in full swing but for some operators the party season doesn’t stop at Hogmanay, as pubs across the country will roll the party through to January 25 with a celebration of Scotland’s most famous poet. 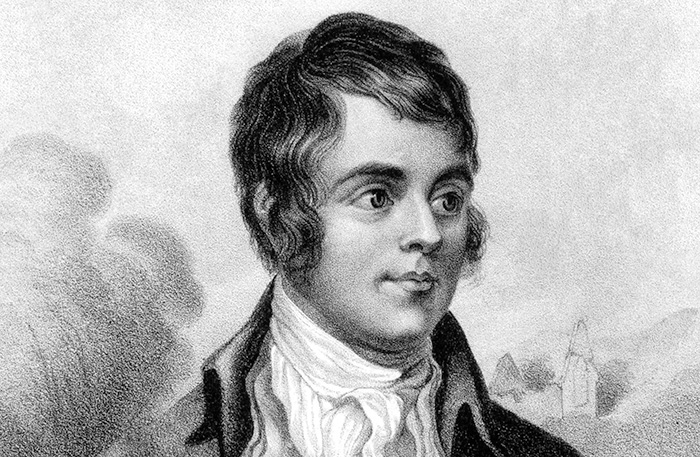 Burns Suppers have become something of a tradition for some pubs and with the event said to bring a double digit boost in sales (see below), pubs who celebrate the poet stand to gain.
Burns may be best known as the Bard of Ayrshire, but in his later years he called Dumfries home and the town’s role in the Burns story is not one the locals wish to see forgotten.
Dumfries has been ramping up its Burns Night celebrations for the last few years, and former Burns haunt The Globe will be welcoming visitors to the town again this year with its own twist on tradition.
Jane Brown, manager at The Globe and a former president of the Robert Burns World Federation, said the venue will continue its tradition of hosting its own Burns celebrations.
Over the weekend leading up to the 25th, Brown will lead customers through The Globe’s annual “ten minute Burns Supper”.
The ten minute supper is a condensed version of the traditional dinner which sees customers given a tour of the venue, including a visit to one room said to have been used by Robert Burns, before they are given the opportunity to address a haggis pie.
Contrasting with the ten minute supper for the uninitiated, The Globe will also play host to The Burns Howff Club’s annual supper – a tradition stretching back to the local Burns club’s formation in the venue in 1889.
Brown said the pub is glad to host both the Howff Club’s supper, which she described as “very formal, and lovely”, and the venue’s own supper, which is “much more informal but we do stick to the format for a Burns Supper”.
In Edinburgh Craig Dupreez, duty manager at Devil’s Advocate, is also gearing up for what’s expected to be another busy Burns Night.
With a whisky shelf boasting 200 drams and a mezzanine dining area, Devil’s Advocate has everything it needs to celebrate the bard, and seems to have no trouble getting customers on board.
Dupreez said the venue’s 2015 dinner  was a sell-out success with the venue offering whisky matching with a three course Burns Supper menu.
“We’re probably doing something similar again this year,” said Dupreez.
“What we do is it’s a ticketed event, we’re a small restaurant so we do sell out,” he said.
“There’s quite a good mix of people that come along.”

Burns Night isn’t just an occasion for remembering Scotland’s most celebrated poet, it’s also an opportunity to bump up January sales figures, according to payment processing company Worldpay.
The firm’s analysis of spending during January 2014 suggested that Burns celebrations provide a welcome lift for both the on and off-trade.
Worldpay’s figures found pubs in towns and cities across Scotland saw takings rise by around 20% on Burns Night 2014 when compared to trading in the first three weeks in January.
Pubs in Aberdeen saw the greatest uplift with a sales boost of 21% while Edinburgh receipts rose by 19% and Glasgow benefited from a 16% lift.
David Hobday, managing director at Worldpay UK, said that while January is “notoriously quiet for on and off-licence traders” the firm has seen landlords and specialist retailers “go all out” around January 25 “to coax customers out of their post-new year austerity with a wee dram or two in honour of Scotland’s greatest poet”.
“It is estimated that celebrations around January 25 contribute more than £150 million to the Scottish economy each year, and this hasn’t gone unnoticed south of the border,” said Hobday.
“Pubs right across the UK are now looking at Burns Night as a way to kick-start trading after the traditional post-Christmas lull.”