Babco UK, the firm behind Savanna Cider and Garvey Cream Sherry, has chosen the Scottish trade as a “major focus” for the UK launch of a new speciality spirit that’s said to be inspired by an old Alpine recipe. 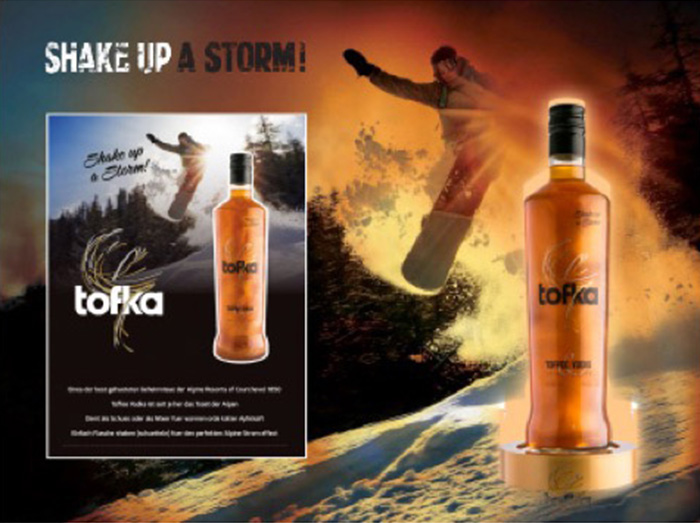 Tofka – a 29.9% ABV blend of vodka and toffee – is said to be inspired by a drink first conceived in Courchevel in the French Alps in the late 19th century.
Babco UK said it had selected the Scottish trade as the “initial priority test landscape” for Tofka. The speciality spirit is currently available in a limited number of bars in cities across the UK.
As part of the launch, venues stocking the brand have been supplied with a bespoke rotating Tofka bottle point of sale display.
Tofka is being marketed by Babco UK under the tagline “Go shake up a storm!” and has a range of suggested serves including as a shot “under shards of grated ice”, or over ice as a long serve.
Babco UK managing director Chris Bowen said the firm sees Tofka as “defining a new category rather than being another player in a crowded one”.