The trademark peaty taste of Islay whisky has found its way into the gin market with the launch of a limited edition spirit.
Islay Firkin Gin is a special edition version of the standard Firkin Gin from whisky bottler The Gleann Mór Whisky Company. 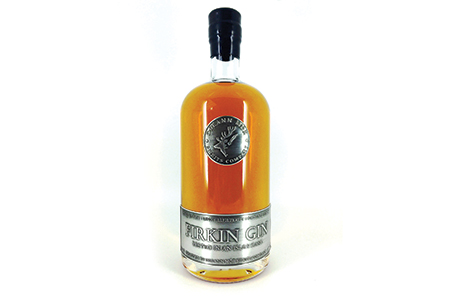 The regular Firkin Gin is produced by aging gin in oak casks that have previously contained whisky, and the new release has been aged in ex Lagavulin casks.
The liquid itself is said to be infused with four botanicals – juniper, coriander seed, angelica root and orris root – and is distilled four times before being aged for up to three months in the oak casks.
Islay Firkin Gin is described as having a spicy and fruity kick from the gin botanicals, combined with the “silky smooth, smoky exterior” from the Lagavulin cask.
The Gleann Mór Whisky Company suggested that the limited edition Islay variant should be served “as you would a whisky”.
Derek Mair, founder of The Gleann Mór Whisky Company, said the Lagavulin cask-aged Firkin Gin “will appeal to a wide range of spirits drinkers”.
“It has been thrilling to watch how the gin has taken on such a unique character as it’s aged and I can’t wait to share it,” said Mair.
The original Firkin Gin – American Oak rested London Dry Gin, was released in April of this year.