A HOTEL in the Scottish Borders has changed hands following a recent renovation.
The Spread Eagle Hotel in Jedburgh was revamped by the vendor, who bought the property in 2012. It was acquired by the new owner for £215,000 in a deal brokered by Bruce & Co. 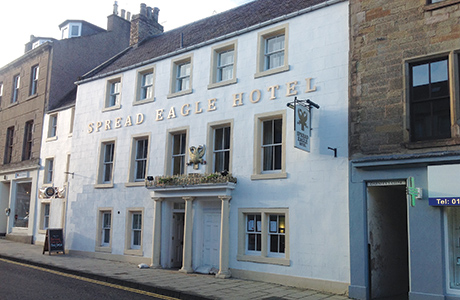 The hotel has eight en suite letting rooms, a bar, restaurant and beer garden; there’s also a large function room and a further two rooms which are used for marriage ceremonies.
Bruce & Co said the hotel attracts a mix of tourist, functions and events business, adding that there’s scope to develop the restaurant business.