A community bar has been honoured in the 2015 Clacks Business Awards.
The Crown Inn in Alva, Clackmannanshire, won the High Street Business of the Year category. 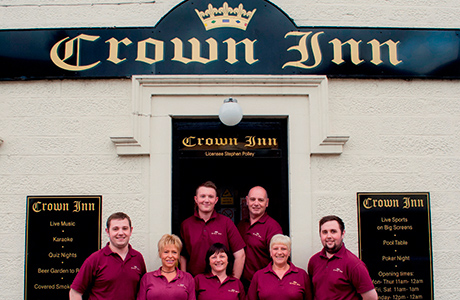 The Food, Drink and Hospitality Award, meanwhile, was picked up by Wyvis Bed & Breakfast with Cafe de Fleurs and Bridge Street Kitchen also named as finalists.
The High Street Business award is the latest honour for the team at the Crown Inn, which was named Community Pub of the Year in the 2014 SLTN Awards.
The bar, which is owned by Stevie Polley and managed by his son Michael, is a popular stop off among locals in the town.
Michael Polley said he is thrilled with the pub’s latest honour, which  they received on September 3.  He said: “It was unexpected to get down to the final three and win the award.
“The regulars are as pleased as punch, but it was them who won it for us all.”