Speratus Group has opened a new venue on Edinburgh’s George Street, bringing its portfolio to nine units.
Copper Blossom, a 90-cover restaurant and cocktail bar, opened in the capital yesterday (Wednesday September 16), following a claimed £1 million investment from the company. 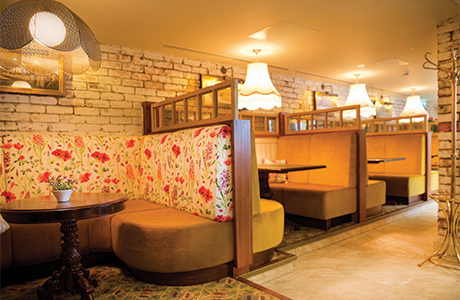 Speratus executive chairman Garreth Wood said the venue will “fuse locally-sourced, seasonal and specially-selected ingredients from suppliers all over Scotland”. “It was important to create a venue with the most elegant of surroundings which was female-friendly, offering the highest levels of attention to detail throughout all aspects of the product and service,” said Wood.
The company’s other venues include 99 Hanover Street and The Golf Tavern in Edinburgh, Amicus Apple and Paramount Bar in Aberdeen, and The Boozy Cow which operates in both cities.