A Hotel on the Isle of Arran has been acquired by a first-time buyer who is based abroad but originally from the west coast island.

The Lamlash Bay Hotel in Lamlash was bought by Meg El Adm, who is currently based abroad but is from Brodick – the main town on the island. The deal was brokered by property firm Bruce & Co. 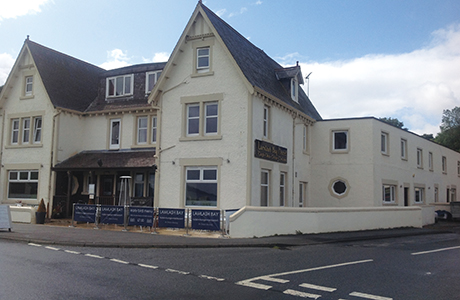 Said to have been extensively refurbished by the vendor, who had owned it since 2009, the hotel has 11 en suite bedrooms, a “well-presented” public bar, restaurant and beer garden. There’s also three-bedroom owner’s accommodation to the rear of the property.

“I am really pleased that we have come to a successful completion,” said Sultan.

“Sale completion took only three months with the buyer being based abroad, so this was a good achievement.”