While there was plenty to complain about, there are several bright sides to George Osborne’s plans, writes Ian McDougall

The Conservative Government has a slim majority in Westminster and it is clear that an early Budget was called to ensure they pushed the big issues through Parliament before any cracks began to show and the backbenchers became restless.

The Institute of Fiscal Studies (IFS) described this budget as a “tax taking budget”, in other words more money will come out of the pockets of the public than will be going in.

This can never be a good thing for the licensed trade.

As we know, spending in the trade is considered discretionary spend and only after the essentials in life like mortgages and household bills have been paid do the public start spending money on deemed luxuries like eating out, weekends away and leisurely Sundays in the beer garden (in the rain).

The biggest tax take for the Treasury will undoubtedly be the reduction of tax credits for many working families and estimates suggest that some families will be anywhere between £500 and £1800 worse off.

A saving in the family budget will need to be made and I hope it is not going to hit the trade too hard.

There were also a few aspects of the budget that will affect the trade directly.

The increased minimum wage, up from £6.50 to £7.20 from April 2016, will have minimal effect as the minimum wage would no doubt be going up anyway.

There is a school of thought that increasing wages are a problem for the sector but I don’t agree with that view.

The reality is that if you increase the wages of the poorest paid in society they are likely to do one thing with the money – spend it – and usually on discretionary spend.

If the Chancellor follows through with his promise to increase the minimum wage to £9 in 2020 then this will give many of your customers a wage rise of almost £100 per week.

It is therefore imperative that operators plan ahead for these cost increases but also see the opportunity of rising wage levels and money in the pockets for many of their customers. 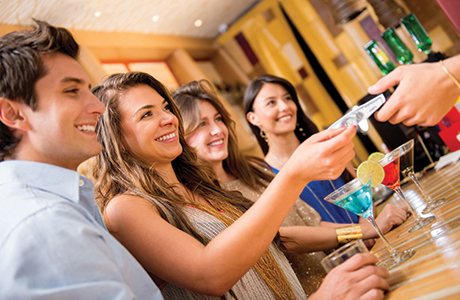 One measure I do approve of – and I wish the Chancellor had gone further – is the retention of the Annual Investment Allowance.

This allowance enables operators to offset the costs of certain items of capital expenditure against their profits and receive a tax deduction for that cost.

The legislation around this type of expenditure is complex but many refurbishment and improvement costs are allowable and an operator should take advice on this from their accountant or specialist surveyor, ideally before they commence a refurbishment or build to ensure they take full advantage of this allowance.

The main rate of corporation tax will also be reduced by up to 2% over the next few years, although there will be some changes to payments of dividends and operators who receive dividends from the business may have to take some advice as the actual details of these changes are, as always, hidden away in the documents.

In summary, less money to go around for many, no punishing duty increases and some tax relief for those willing to invest and grow their business and hopefully we can finally push out of this recessionary period and see a brighter future with more cash in pockets for consumers and businesses alike.