The growth of so-called ‘café-culture’ in Glasgow was a major boost for the city and its economy.

Substantial public realm improvements, a boom in excellent retail facilities and burgeoning quality hotel accommodation have all added to its attraction as a tourist destination.

It was also a windfall for a hard-pressed licensed trade struggling under the burden of increased competition and reeling from the customer hemorrhage caused by the smoking ban.

During the Commonwealth Games it enhanced the visitor experience and helped to showcase Glasgow as a confident and vibrant city.

But pavement licensing arrangements in Glasgow landed on a banana skin last month when a number of operators suddenly found themselves having to clear away their tables and chairs.

The timing of the out-of-the-blue crackdown was bizarre; longer days and good weather had arrived, coinciding with the start of the peak tourist season.

The pubs, cafés and restaurants have authorisation from the licensing board to serve and sell alcohol on the street, as well as a council permit allowing them to take over part of the public footpath (a ‘section 59 consent’)… but no council planning consent. 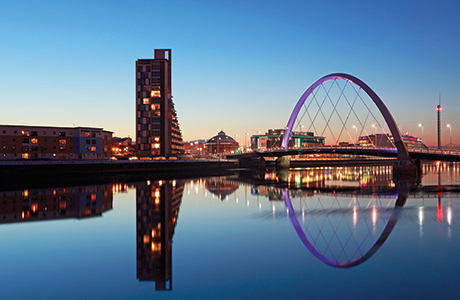 Now, in a red tape tangle, after years of ignoring the planning position, the council’s roads department has made it clear that section 59 consents won’t be granted or renewed unless accompanied by a stamped copy of the planning clearance.

What’s more, those affected will have to fork out an application charge of over £526 as well as an architect’s fee.

Those costs are on top of the annual section 59 fee, which amounts to £409 for city-centre outlets (otherwise £207).

Frost could be back on the ground – and vital revenue lost – before the mess is cleared up.

It’s difficult to have sympathy with operators who take a lackadaisical attitude to rules and regulations, but here it’s easy to see how they unwittingly fell into a trap.

An application for a new premises licence must be accompanied by a certificate from the local planning department. Where the proposed operating plan indicates that “outside drinking” will be an activity that certificate won’t be forthcoming unless it’s already covered by planning consent.

But where an application is made for the variation of an existing licence by adding in an outside area – or for an occasional licence – there’s no certificate requirement, so the lack of planning consent is unlikely to be flagged. 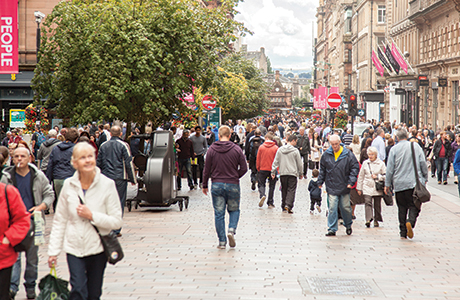 According to one estimate, only 10% of outlets providing pavement seating hold planning consent. These range from a small suburban café serving teas, coffees and snacks at a couple of outside tables and chairs through to licensed bars and restaurants with areas occupying a sizeable chunk of public space.

In the case of those operating without an alcohol licence one can see the need for the sort of amenity safeguard provided by the planning process. But in the case of licensed premises the licensing board’s pavement rules are already stringent.

The outdoor area has to be delineated by a barrier which allows access for disabled customers. Ashtrays and litter bins must be provided. No ‘vertical drinking’ is permitted. Use of the area has to cease at 10pm, at which time all of the street furniture and barriers require to be removed. No amplified music is to be played in, or relayed to, the area.

And, of course, licensing applications are opened up to objections. In fact, these conditions address the principal issues that would be engaged in the planning process.

According to SLTN (July 9), Glasgow City Council is considering the integration of licensing, roads consent and planning into a single permissions package.

A lighter touch? A similar plan was almost implemented back in 2007 but, as I recall, it was ditched because of concerns that it would actually lead to greater complexity.

Jack Cummins is unable to enter into personal correspondence on readers’ questions.

The advice offered in SLTN is published for information only. No responsibility for loss occasioned by persons acting or refraining from action as a result of material contained on this page or elsewhere in SLTN can be accepted by the author or publisher