EXPANSION appears to be paying off for food and drink wholesaler Booker Group.

The company’s most recent financial results, for the year ending March 27, show growth in both total sales and profit after tax.

The buoyant performance comes after Booker moved to broaden its business in recent years; it acquired wholesaler Makro in the UK in 2012 and expanded the services it offers catering and on-trade operators. 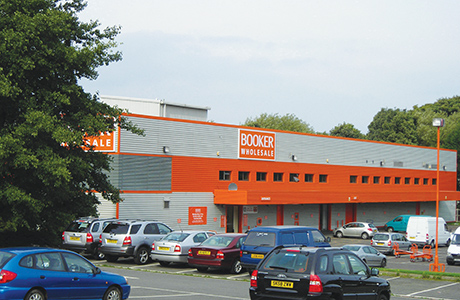 The firm’s latest financial results show a 1.5% boost to total sales, now up to £4.8 billion, while profit after tax was up 12% on the previous year.

Charles Wilson, chief executive of Booker, said 2014 was “a good year” for the wholesaler and that the firm’s plans to broaden the business “remain on track”.

Booker’s on-trade wholesale business Classic Drinks was highlighted as a strong performer by Wilson, with the quality of Booker’s own-brand drinks products said to be impressing customers.

“We are very proud that our own-label products offer our customers award-winning quality,” said Wilson.

“Ten products from our spirits range have also won medals at the International Spirits Challenge.”

Booker chairman Richard Rose said he was pleased to report that the firm has “delivered another good performance” and that the plans to broaden the business “are going well”.

With the publication of Booker’s financial results, Rose announced that he will step down as chairman of Booker Group, a role which he has held since 2006.

“Given the strength of the group, I feel it is a good time to move on,” said Rose.

“I will step down at the AGM in keeping with corporate governance best practice, and I wish the company the best for the years ahead.”

Rose’s successor Stewart Gilliland was set to take on the role of non-executive chairman at the conclusion of the Booker Group AGM held yesterday (July 8).

Gilliland, who joined the board of Booker in December 2010, has experience in a number of senior positions in the on-trade.

He is currently senior independent director of pub company Mitchells & Butlers and a non-executive director of C&C Group. He has also held senior positions at Whitbread and Belgian brewing giant Interbrew (now part of AB InBev).

Gilliland said it is a “privilege” to take up the chairmanship at Booker and congratulated Rose on his service to the firm.

“Richard Rose has been an excellent chairman,” said Gilliland.

“Booker has come a long way in the past few years and Richard has done a great job of helping to build the company and of chairing the board.

“We wish him all the very best in the future.”