Study being used as platform for campaign against licensed premises

Fancy accepting an invitation to take part in a research experiment? It simply involves offering to shut down your licensed business for “many years” as part of a “randomised controlled trial” which may – or may not – provide “robust evidence” as to a causal link between the neighbourhood availability of alcohol and alcohol-related health harms.

That astonishing challenge has been issued to the licensed trade by researchers at the Centre for Research on Environment, Society and Health (CRESH) at Edinburgh University’s School of GeoSciences as a direct answer to criticism I’d fired at a report published last October.

According to the CRESH website, their study revealed “strong evidence of an association between neighbourhood alcohol outlet availability and alcohol-related health outcomes” and suggested that “reducing” availability, “particularly in areas with the highest densities of outlets, could have significant health benefits for the Scottish population”.

But, as I explained in an SLTN legal column (October 30, 2014), the report comes with its own health warnings.

It pointed to a “limitation”: the availability measures used “were a relatively crude way of measuring the actual availability of alcohol in a neighbourhood”.

There was also a “caution”. Because the study only looked at a single point in time, it wasn’t possible to establish whether the numbers of licensed premises caused adverse health outcomes.

There was, however, a way forward: “Better quality time-series licensing statistics, disaggregated into finer categories than simply on or off-sales, would allow for research into longitudinal relationships between availability and harm”.

Shortly after my legal column was published, CRESH responded on its website and proposed a quite remarkable alternative which would require the “collaboration” of Scotland’s alcohol retail industry.

Here’s the plan: to provide the most robust evidence as to whether a causal link exists – or not – licensed outlets would be closed for many years in randomly-selected areas.

That would allow the measurement of alcohol-related health outcomes before and during the closure period and a comparison with those outcomes in unaffected “control areas”. Thus, it would be possible to “provide the definitive evidence the critics of the study are seeking”.

The researchers don’t expect your co-operation, of course, but it’s clear they’re seized of the idea that there should be a decrease in the number of licensed premises.

Another commentator had suggested that the study suffered from another flaw. 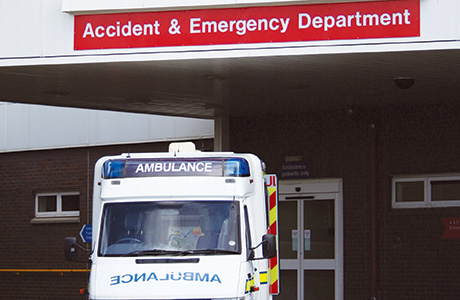 Licensed premises are more densely concentrated in certain areas because retailers respond to demand; and health campaigners shouldn’t expect to eliminate demand by cutting off supply.

But, according to CRESH, alcohol outlets are “still supporting drinking” and a “wholesale reduction” in outlet numbers could, they say, reduce alcohol-related harms.

The data used for last October’s study has now been repackaged with an interactive web map which allows users to chart both alcohol and tobacco outlet density and associated health outcomes for neighbourhoods across Scotland.

This so-called “infographic” comes with a further call for a hatchet job on the number of shops selling alcohol (and tobacco) products.

Speaking to an Edinburgh newspaper, the project leader said that “reducing the density of outlets selling these products could improve public health”.

There are hundreds –  in fact, probably thousands – of scholarly research papers examining the dynamic between access to alcohol and public health.

But this is different: the study is being used as a platform for what amounts to a campaign against existing licensed businesses – not simply new ventures – and so goes well beyond a call for a stricter approach to overprovision or even a moratorium on new licences.

A crusade for a cull of the licensed trade is as inappropriate as it is bizarre.

For the record, the materials I’ve mentioned can be found at www.cresh.org.uk. The web map facility was created in partnership with Alcohol Focus Scotland and Action on Smoking and Health Scotland (ASH Scotland).