A RANGE of Irish craft beers which was launched in the UK in bottle format earlier this year is now available in keg. 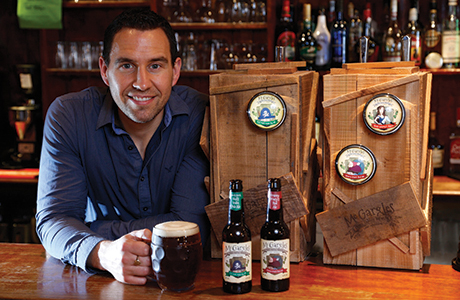 The Rye River Brewery in Kilcock, County Kildare, which brews McGargles beers, has developed fonts and point of sale material designed to increase visibility and tell the story of the brand.

Graham Archibald, Morgenrot sales director, said the beers have been launched in draught format following “sustained interest” in the range since its launch in the UK in February.

“The level of interest for these beers has been astounding since launch earlier this year so adding the draught formats plus the brewery’s stout was an incredibly easy decision,” he said.

“The beers have already proved that they will capture the nation’s imagination so we can’t wait to unleash the draught formats in venues throughout the UK as well as the brewery’s unique font and POS.”