First there was the Licensing (Scotland) Act 2005, laden with over 30 sets of separate regulations.

Just to add to the confusion, some of the amending legislation has yet to be brought into force (for example, new powers of seizure for licensing standards officers) – while the AWLB looks set to change some of the changes where the changes haven’t yet taken place (and, yes, you did read that correctly).

So, the words of the American novelist Dorothy Parker – “What fresh hell is this?” – came immediately to mind when Labour MSP Dr Richard Simpson lodged his Alcohol (Licensing, Public Health and Criminal Justice) Bill with the Scottish Parliament a few weeks ago.

That sense of despair was somewhat dissipated by the fact that this is a “non-government Bill”, hopelessly timed with the AWLB heading towards its stage one debate in the Parliament at time of writing.

But perhaps the timing isn’t odd at all.

The proposal to prevent licensing boards from raising the alcohol purchase age beyond 18 (which they might conceivably do following a premises licence review) coincided with NHS bosses calling for the purchase age to be raised to 21.

And I reckon that Dr Simpson saw a window of opportunity to have at least some of his proposals squeezed into the AWLB when it’s opened up to amendments in around two weeks’ time.

One proposal attracted a lot of press interest – and might just capture the imagination of MSPs. A so-called “drinking banning order” could prohibit the individual against whom it was made from entering premises licensed to sell alcohol for “on” consumption.

It might look like a silver bullet to deal with individuals who have engaged in criminal or disorderly behaviour while under the influence of alcohol – but it ignores the many other sources from which alcohol might be obtained. 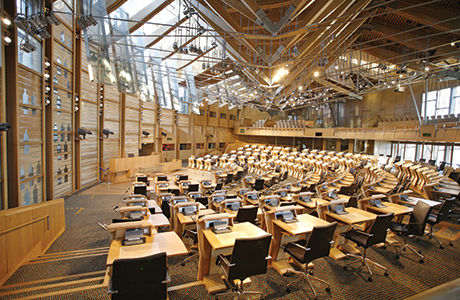 What’s more, history teaches us that this sort of intervention is likely to be a dead duck.

The 2005 Act already makes provision for a type of “banning order”. Where a person is convicted of a “violent offence” committed on, or in the vicinity of, any licensed premises, the court can prohibit the individual from entering those premises or any other specified premises.

This was an attempt to re-work the detail of the Licensed Premises (Exclusion of Certain Persons) Act 1980 which had proved to be a total flop.

Sadly, the 2005 Act’s attempt to get to grips with the 1980 Act’s failures has produced no real improvement.

And if legislation designed to ban violent customers from pubs has, over a period of 35 years, proved to be useless, there’s no reason to suppose that “drinking banning orders” would achieve their desired purpose.

As to the remainder of the Bill, it’s possible that the parliament may see some merit in tightening up on multi-pack promotions.

Currently, where a product is not available for individual purchase, multi-packs are not subject to “linear pricing”, so that an eight-pack of lager need not be sold for at least double the price of a four-pack.

The proposed ban on ‘ready mixed’ drinks with a high caffeine content? The introduction of highly-controversial container-marking for off-sales outlets? Three more sets of restrictions on alcohol advertising? I doubt whether any of these ideas will attract sufficient support – but we can still expect many more twists and turns when the AWLB heads towards the finishing line.

After all, who would have guessed that “the reduction of [alcohol] consumption” was now a serious contender for a place in the list of licensing objectives? And remember the chaotic scenes in the Parliament when the 2005 Act reached the final debate stage, with off-sales unexpectedly restricted to the period between 10am and 10pm?