THE firm behind Crabbie’s has ramped up activity behind the alcoholic ginger beer ahead of next week’s Crabbie’s Grand National. 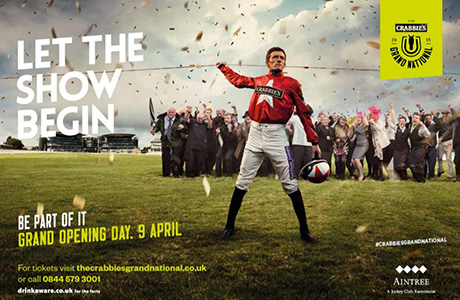 The campaign, which will extend beyond the horse racing festival on April 9, 10 and 11, includes a new partnership with the Help for Heroes charity, consumer ads and sampling activity. The Crabbie’s Grand National, which is now in the second year of the sponsorship, is expected to reach a UK TV audience of around nine million.