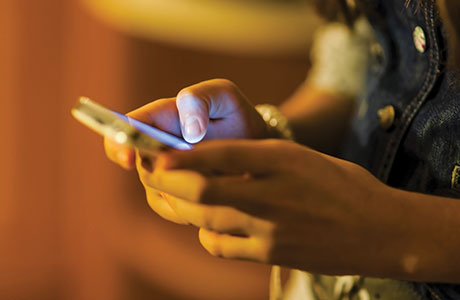 THEY are some of the internet’s most popular sites, with millions of users across the world and a reach that extends right into consumers’ pockets via their smartphones.
And yet, some in the licensed trade may be failing to make the most of the opportunities presented by social media.
Effective use of sites such as Twitter, Facebook and Instagram is about treating them as seriously as any other marketing platform, say experts.
In other words, don’t just hand the job of ‘social media manager’ off to the youngest member of staff.
“One of the benefits of social media is also one of the big risks: it’s a direct line of communication to your customers and potential customers,” said Allan Barr, head of digital and social media at PR and marketing agency The Big Partnership.
“Often it’s left to the youngest staff members because they’re active on social media already and they’ll know all about this Twitter and Facebook malarkey.
“That’s just bonkers, because you’re leaving the reputation of your brand in the hands of your most junior and inexperienced employees.”
Ideally, bar, pub and club operators should identify two or three staff members to handle their social media accounts, said Barr. These staff members should be employees that are trusted but also, said Barr, “people who have a bit of personality and something to say”.
Having several staff members in charge also means the social media feeds can be monitored regardless of who is on shift.
“If you’re in the leisure industry, unlike a legal firm or accountancy business, you’ve got some leeway to introduce some personality and humour into your use of social media,” he said. “And people are looking for that from a pub.”
In terms of content, the priority should always be information that’s useful to customers, according to Alice Will, marketing and strategy director at marketing consultancy Lux.
“In terms of the types of content to post, this will vary depending on your brand and target audience, but content should always offer your fans value,” said Will. “For example, if you have a new menu, showcase this on Facebook and educate people on your new menu, but do so in a fun or creative way, rather than just a text announcement.
“Images are a great way to showcase food and drink, so reveal your new menu and lure people to your venue with photos.”
Ideally social media pages should be updated every day, said Will, but operators shouldn’t post updates just for the sake of it.
Building a following is important, of course, and Will advised venues to include their social media information on any printed marketing such as leaflets and posters, as well as on the venue’s website.
And paid-for advertising on Facebook and Twitter was said to be a particularly cost-effective way of reaching potential customers.
“If you had a restaurant, you could say ‘I want to target all people between 18 and 35, who live or work within a four-mile radius of my restaurant and are interested in these things’,” added Barr.