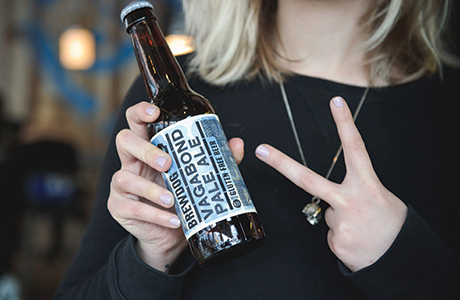 BREWDOG, the Scottish-based brewer and bar group, has expanded its range with two new beers.
Vagabond Gluten Free Pale Ale is BrewDog’s first gluten-free beer, while Restorative Beverage for Invalids and Convalescents is a tongue-in-cheek reference to a medical description of IPAs.
Vagabond will be added to the firm’s Headliners range after its success in the 2014 BrewDog Prototype Challenge, where the company introduces four new beers and asks its customers to choose their favourite.
The three beers Vagabond beat all contained gluten.
Made with Centennial and Amarillo hops, the 4.5% ABV pale ale will be available in BrewDog’s bars.
The brewer has been promoting the new beer via Twitter with the hashtag #VforVagabond.
BrewDog co-founder James Watt said: “BrewDog exists to make everyone as passionate about beer as we are – so we are always pushing the limits of brewing to expand the horizons of craft beer.
“Gluten-free products have become synonymous with underwhelming flavour and experience, so we wanted to prove that a gluten-free beer didn’t need to lack the bold taste and texture of a craft beer.
“With Vagabond, there is finally a gluten-free craft beer that tastes like it should.
“We are showing zero tolerance to gluten intolerance and any intolerance of that is something we will simply not tolerate.”
Meanwhile, the 8.7% ABV Restorative Beverage for Invalids and Convalescents takes its name from a passage in a 19th century medical textbook written by the ‘father of pharmacology’ Dr Jonathan Pereira.
The book – titled ‘A Treatise on Food and Diet’ – describes the IPA style of beer at the time as “a most valuable restorative beverage for invalids and convalescents”. 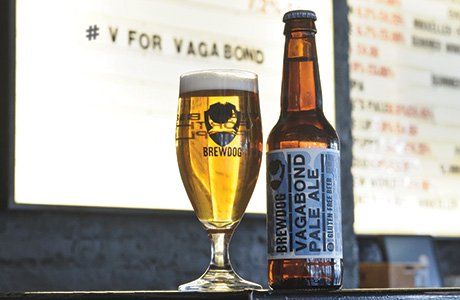 The new addition is available at BrewDog’s UK and Swedish bars as well as the company’s online shop.
“This is heritage and history in a bottle,” said Watt.
“BrewDog has always been inspired by the IPAs of the past, famed for the huge quantities of hops used to create bold and brash bitterness.
“It’s the India Pale Ale in its purest form; pale, bitter and dry.
“Restorative Beverage for Invalids and Convalescents is a mouthful in both name and flavour.”
The two new beers are the latest innovations from BrewDog, which last month launched a ‘designated driver discount’ in its 18 UK outlets.
The move, which came after the legal drink drive limit was lowered in Scotland, offers drivers a 15% discount on soft drinks and low-alcohol beers.