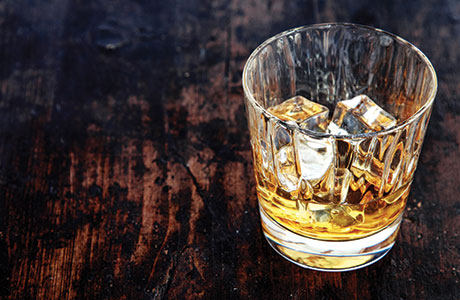 Should auld acquaintance be forgot and never brought to mind? Scottish drinks firms don’t seem to think so, with some taking the opportunity to embrace Scotland’s Bard through a number of Burns-branded products.
Isle of Arran Distillers, Douglas Laing & Co, Arran Brewery and Caledonian Brewery all hope to capitalise on January 25 with their Burns-related drinks.
Arran Brewery claims to sell around 50,000 bottles of its Guid Ale around Burns Night each year, while Caledonian Brewery is anticipating this year’s event with the launch of seasonal beer Great Scot, an ale which features the Scottish Bard himself on the pump clip.
“We wouldn’t be doing our job if we didn’t have a beer dedicated to the great man,” said the brewery’s managing director, Andy Maddock.
“Great Scot will be available throughout January – it’s brewed with local lowland malt, hearty English hops, and to symbolise Burns’ global appeal, a good measure of American Cascade hops to offer some citric notes to balance the pure malt character with a bitter finish.
“It is, of course, a great food pairing to haggis.”
Along with haggis, a dram or two of uisge beatha is another essential ingredient in a traditional Burns supper, and two of Scotland’s whisky firms have Burns Night squarely in their sights with Bard-related whiskies.
Independent bottler Douglas Laing & Co recently released a small batch limited edition blended malt named Timorous Beastie in a nod to Burns’ poem To a Mouse.
Fred Laing, managing director and master blender at Douglas Laing & Co, said Timorous Beastie is made from “a selection of great Highland malts”.
Whiskies that make up the Burns blend include Dalmore, Glengoyne and Glen Garioch, and the whisky is bottled without chill filtering or colouring.
“Together they combine brilliantly – with some punchy packaging – to complete a triumphant trio of regional malts which now covers Islay with Big Peat, Speyside with Scallywag and the Highlands with Timorous Beastie,” said Laing.
Burns is also a focus at Isle of Arran Distillers. Managing director Euan Mitchell said although the firm sees “more up-sales” for Burns night “this has been particularly evident” since the reintroduction of the distillery’s Robert Burns single malt in recent years.
Endorsed by the World Robert Burns Federation, the whisky is matured in a combination of sherry and bourbon casks and is bottled without the addition of any artificial colouring.
And the whisky itself isn’t the only Burns-related activity from the distillery this year.
Mitchell explained: “Aside from our usual promotional activity, this year we are the main sponsor of the Robert Burns Musical, which is playing in Aberdeen on Burns Night.
“It’s about the life and works of Robert Burns and has been directed and produced by none other than David Gest.”