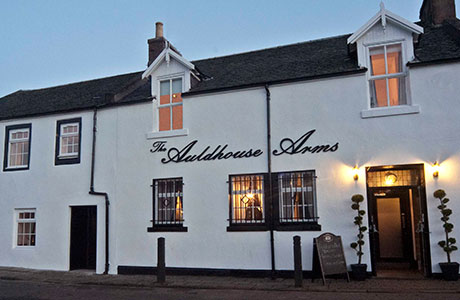 AS one half of sibling restaurateurs The Sisters, Pauline O’Donnell is a well-kent name in the Scottish restaurant scene.
Along with big sister Jacqueline, the pair ran acclaimed restaurants in Kelvingrove and Jordanhill in the west end of Glasgow.
So it was a surprise to some when Pauline announced she was moving on after 17 years to open a new eatery on her own.
The younger sister has taken over the lease of The Auldhouse Arms Bar in East Kilbride, which features a restaurant called The Lost Lamb.
Taking over the former drovers’ inn was an agonising decision for O’Donnell, whose children attend a school opposite the business.
She said: “The Auldhouse Arms I was a fan of for many years, so when the lease came up, I just thought, what am I going to do?
“It was one of the most difficult decisions I’ve had to make.
“But the logistics of where I am now makes sense.
“I live literally down the road and my parents are five minutes away.
“Sometimes, I think you are given these things for a reason.”
Under O’Donnell, The Lost Lamb offers homemade Scottish fare similar to The Sisters Jordanhill operation.

Homemade dishes include cullen skink, Scrabster-landed cod fillet, Stornoway Black Pudding, Dingwall haggis and seafood such as mussels and scallops.
But there are also favourites such as beer battered fish and chips, steak pie and macaroni and cheese.
Sunday lunch at The Lost Lamb is also expected to account for a large part of custom moving forward.
And O’Donnell is planning further refinements to the venue, including introducing reservations in the restaurant to keep tabs on the number of covers.
The bar, meanwhile, has been sub-let to couple Margaret and William Bunting, who will continue running the wet side of the operation.
She said: “I’ve now been here for two months and it’s been a bit of a whirlwind.
“I’ve done a mini-makeover and will take another rain check in January and see what is needed.”
The building is almost 200 years old and she said she hopes to celebrate its history by introducing photographs.
She also plans to introduce some aesthetic changes such as hanging baskets outside and hopes to reintroduce an open fire.
She added: “When you come in and take over a place it’s a tricky thing to do.
“When people refurbish a venue sometimes it takes the spirit of the place away.
“I’ve tried to keep any changes as in-keeping with what’s here as possible.”