MORE than 670 guests were on their feet as Di Maggio’s Group directors Mario Gizzi and Tony Conetta were presented with the 2014 SLTN Award for Industry Achievement, in association with Maxxium UK.
The pair were honoured for their outstanding contribution to Scotland’s licensed trade at the black-tie event in Glasgow’s Hilton hotel.
Ahead of the presentation of the award, SLTN editor Gillian McKenzie told the audience how, over the past 29 years, Mario and Tony have built “one of the most dynamic and admired businesses in the trade”, which now numbers more than 20 venues, including the Anchor Line, Amarone, Barolo Grill and Di Maggio’s restaurants.
Accepting the award, Mario paid tribute to the company’s staff. “Tony and myself are very much the tip of the pyramid,” he said. “You see us standing here, but below us is a management, team of staff and infrastructure that’s been built up over 30 years; we wouldn’t be standing here if it wasn’t for them.”
The presentation of the SLTN Award for Industry Achievement came after no less than 22 accolades were awarded to the very best operators, staff and venues across the Scottish trade.
James and Louise Rusk, who launched Hutchesons in Glasgow earlier this year, took the SLTN Entrepreneur of the Year Award; Graham Guthrie of The Golf Hotel Crail in Fife, was named Licensee of the Year; the Unsung Hero award went to Billy Gold, who owns Glasgow’s Hielan Jessie pub; Nicky Craig of Edinburgh’s Basement Bar was named SLTN Barperson of the Year; and Sian Ferguson of Heads & Tales in Edinburgh took the SLTN Mixologist of the Year Award.
Elsewhere, Ayrshire’s Buzzworks Holdings, whose outlets include Elliots and Scotts, was named Independent Multiple Operator of the Year; Dornoch Castle Hotel in Sutherland took the award for Whisky Bar of the Year; the Crown Inn in Alva was named Community Pub of the Year; The Anderson in Fortrose picked up the Craft Beer Award; the Beer Quality Award went to The Commercial in Wishaw; and MacGochans on the Isle of Mull was named Independent Pub of the Year. 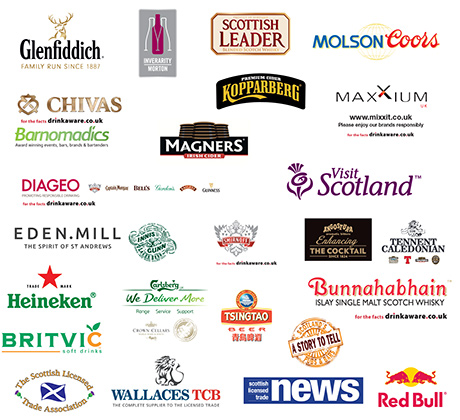