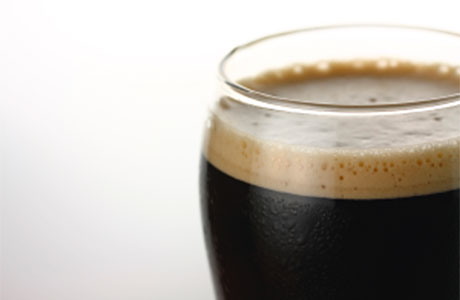 BEER drinkers are expected to change their drinking habits as the temperature dips and winter sets in, say brewers.
Consumers, they say, tend to switch from lighter lagers to more substantial, darker beers in colder months. And this shift allows operators to boost revenues through broadening their product ranges as well as matching beers with food.
Gordon Muir, brand manager for Belhaven, said: “There is always expected to be an element of movement from lighter to darker ales as the nights draw in.
“Perhaps some of this is driven by the trade anticipating the trend and making a greater number of darker ales available in the autumn; though in food-led outlets, more robust, malty beers that pair well with rib-sticking cold-weather foods might do better as people order more of those sorts of dishes.”
However, operators should keep their regular products on the bar as well, said Muir, as there will be those customers who stick to a pint of their usual, regardless of the weather.
“Our research shows that drinkers fall into two types: those who are exploratory and experimental in their choices and will frequently try new things and those who prefer their tried and trusted favourites,” said Muir. “The first group may well be tempted to swap some of their drinks for a darker autumn or winter ale and will certainly try seasonal and special edition beers, whereas the second will want to stick to a pint of the usual whatever the weather.”
Diageo-owned Guinness is looking to ensure it has both groups covered with the recent launch of two new porters.
Stephen O’Kelly, marketing director for Guinness in Western Europe, said: “Beer is currently experiencing a ‘craft revolution’, driven by consumers demanding more authentic and rewarding experiences from the products they are purchasing.
“The launch of Guinness Dublin Porter and Guinness West Indies Porter taps into this trend and is set to ignite the category by making it more accessible to new customers through the Guinness trademark.
“The launch is forecast to grow the total premium ales category by 4% in the on-trade.
“Guinness Dublin Porter is also available on draught in the on-trade, opening up this category to appeal to a broader range of customers.”
The beer category as a whole continues to experience “a huge amount of change”, according to Jeremy Houston, national account manager at Edinburgh-based Innis & Gunn.
“British beer is what consumers are looking for and thankfully there are a huge number of breweries springing up and expanding to satisfy this demand,” said Houston.
“2014 has been another fantastic year for Innis & Gunn. One recent highlight has been securing a listing for our lager in all 70 JD Wetherspoon sites in Scotland.
“We talk about lager as a ‘gateway’ beer to attract consumers into the craft beer category and we hope that this listing will see more consumers try our beer and say, ‘I enjoyed that, I wonder what other Scottish beers I can try?’”
He said the beers being produced reflected seasonal variations.
“Brewers do move towards making darker, richer, fuller styles of beer such as porters and stouts to reflect the change in our diets, and therefore palates, over the colder months,” said Houston. “When it comes to beer and food, a lager isn’t going to stand up to fuel food, like a hearty casserole or a stew, whereas a dark ale would be a much better flavour partner.”
And it isn’t just Scottish brands that are expected to perform over the colder months.
Sam Rhodes, director of customer marketing at Miller Brands, said operators should allow space for world beers as they command a premium price.
“Consumers are willing to pay more for drinks with perceived authenticity and provenance,” said Rhodes.
“It is important that operators make space for world beers as they provide the opportunity to encourage consumers to trade up, increasing margins. Operators should block ranges of world beers together in one area to highlight that they offer something different to the mainstream brands.”
The firm, whose brands include Peroni Nastro Azzurro, Pilsner Urquell, Miller Genuine Draft and Polish lager Tyskie, claims that world beers provide an opportunity to increase margins.
“The sector is evolving rapidly and during the last year we have seen interest increasing and talk about craft beer, which is good for the category as people are more openly discovering quality beer which adds value to the overall category,” said Rhodes.