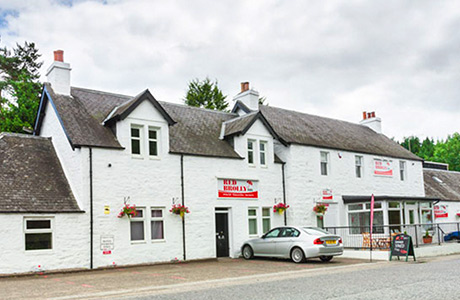 THE firm behind Perthshire’s Red Brolly Inn claims to have served 10,000 customers in the first six months of operation.

Gillian Ainslie, acting operations manager at the venue, in Ballinluig, said the new inn has appealed to locals and those from further afield.
“We already have our regulars,” she said “Local people around here were so glad I think to see something new and modern created out of the former Ballinluig Hotel so I am glad to say that they have supported us in our vital first six months, which can be make or break for new businesses.”
The inn is part of the Dunblane-based Fusion Group, which also includes Old Churches House in Dunblane.