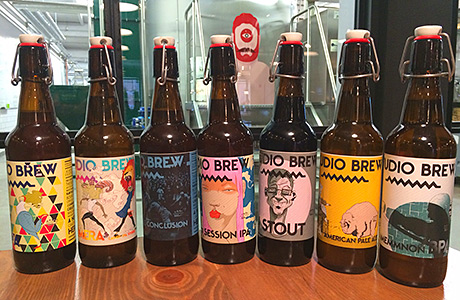 The beers were produced in the Glasgow brewery’s ‘Studio Kit’, which is said to be a tenth of the size of the overall brewery and allows the creation of experimental beers in just four hours.
The first batch of bottles includes Agamemnon BPA, Forelsket, RIN Stout, Inevitable Conclusion, Chimera and Yaldi IPA.
Brewer Ed Evans said the Studio Kit is “a luxury very few other brewers have access to”.