It’s vital operators know what police and LSOs can and can’t do during premises visits, writes licensing lawyer Janet Hood

THE Scottish Government has given Police Scotland various powers in terms of current licensing law and has stated its intention to increase those powers in the Air Weapons and Licensing (Scotland) Bill.

No one would argue that there has to be proper police/trade interface to assist the control of order and prevention of crime. In my experience the trade was happy to work with the police until the advent of target-driven ‘Glasgow’ policing; when what had previously been seen as a mutually beneficial relationship became one of distrust and fear on the side of the trade, and heavy-handed, inappropriate and occasionally unlawful interventions by the police.
The law permits police and licensing standards officers (LSOs) entry to premises at any time.

Police powers
Police constables can enter and inspect licensed premises to ensure public safety and the prevention of crime.
They can ask to see the premises licence and the personal licences of persons working on the premises. It is an offence to obstruct the police in this task.
The police can also undertake undercover ‘sting’ operations such as test purchasing; they can request copies of CCTV for evidential purposes; and they can seize documents or items if they have a warrant.
However, police have no right to switch off CCTV during a search.
They do not have blanket powers. 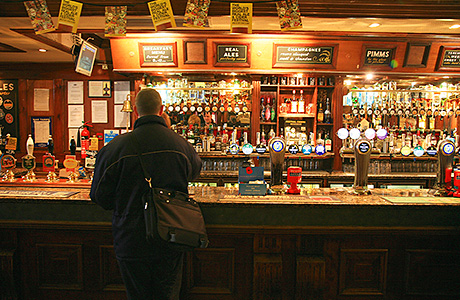 LSO powers of entry and inspection
LSOs can enter for the specific purpose of ascertaining if the activities being carried out on the premises are being carried out in accordance with the premises licence and any other requirements of the Act.
They have specific powers of entry – at any time, and also powers to carry out such inspection of the premises and any articles, substances or documents found there, and to require persons working there to provide information and produce documents; for example, training records.
One duty in terms of the mandatory conditions is that the staff training records must be kept on the premises and must be produced to the LSO on request.
Licensing standards officers can issue a notice requiring compliance with the law and can make an application for review.
However, LSOs have no powers of closure.

Police powers of closure and emergency closure in the interests of public safety
A police officer of the rank of inspector or above can:
• request the local licensing board to issue a closure order for premises if they anticipate disorder on or in the vicinity of premises and they believe the premises need to be closed to preserve public safety; for example, when the G8 was held at Gleneagles and riots were anticipated in Auchterarder and Edinburgh.
• make an emergency closure order where they believe there is or is imminently likely to be disorder on or in the vicinity of the premises and the risk to public safety is such that the closure must be made at once.
They cannot make an emergency closure order because they cannot see training records, premises or personal licences.
Not all police officers tasked with inspecting licensed premises understand their powers and frequently attempt to close premises or take other action when they have no right to do so. It is important for premises licence holders and managers to ensure they and their staff know the rules of the game to empower them to deal with these awkward situations.
• Janet Hood is a licensing lawyer at Janet Hood Consulting.