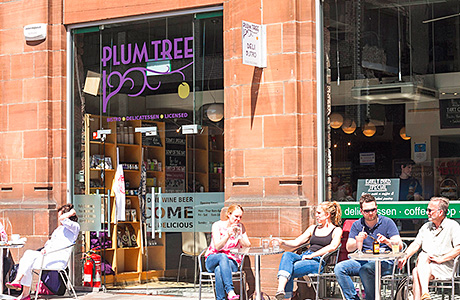 THE Plum Tree in Glasgow’s Merchant City is under new ownership following a deal brokered by The Restaurant Agency.

The premises, which is set to be rebranded The Wilson Street Pantry by new owner Neil Paterson, will continue to operate as a licensed venue catering for daytime and evening trade.
The venue is said to have attracted a high level of interest from potential buyers before the deal was agreed, according to the selling agent.
Alan Goldie, director at The Restaurant Agency, said the firm was “delighted with an enthusiastic response to the offering”.
“We wish Neil [Paterson] every success with his new offering,” said Goldie.