No licensee who is serious about beer can ignore the trend for cask ale and craft in keg, writes SIBA boss Mike Benner 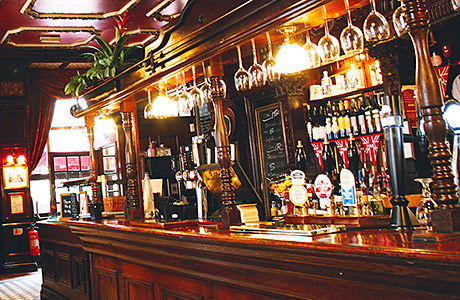 TAKE a look at the bar in any quality pub these days, and you’ll see at least one font dispensing a cask or keg beer from an independent British brewer.

Ask the bar staff about the beer, and there’s a good chance they’ll offer you a taster to ‘try before you buy’. They might even be able to describe the beer’s taste, or tell you something about the brewery that made it.
It’s all a far cry from the experience of buying real ale in a typical British pub a decade ago and, for anyone who’s been involved in the industry over that time, as I have, it’s a wonderful sight.
Cask ale and, increasingly, craft beer in keg are driving the current boom in British brewing, as a growing number of drinkers turn away from the large, homogenous brands in favour of quality, flavourful beers from independent brewers.
No licensee who’s serious about running a pub with a reputation for its beer can afford to ignore this trend.
SIBA represents 800 of the 1200 breweries in the UK. Last year, according to our annual Beer Report, our members brewed an estimated 1.55 million barrels, an increase of nearly 8% on 2012. That equates to an additional 33 million pints of independently-brewed British beer, the vast majority of it draught beer, enjoyed in pubs.
The sheer number of beers now available in the UK is quite staggering.
In 2013, SIBA brewers produced some 4000 permanent real ales, as well as 5800 seasonals and specials.

Cask ale and craft in keg are driving the boom in British brewing.

Comparing this choice of 10,000 or so beers with the list in the 1975 edition of the Good Beer Guide, when just 87 brewers produced a total of 1500 beers, demonstrates just how far British brewing has come.
And for this reversal in the fortunes of British beer, we have to thank the pioneering microbrewers who founded SIBA 34 years ago and CAMRA, established in 1971.
In addition, SIBA’s Direct Delivery Scheme (DDS), launched in 2002, has put independent beers on the bar in thousands of pubs which would otherwise have been closed to them.

When drinkers choose a beer from an independent British brewer, they are choosing quality, provenance and taste. They are also choosing to show their support for local brewers, who contribute to their local community and economy, creating employment both in the brewery itself as well as up and down the supply chain – in the pubs that sell their beers, the barley and hop farmers who provide the raw ingredients, and the manufacturers of brewing equipment.
This crucial role played by brewers and pubs was recognised by the government when it abolished the beer duty escalator last year and took a ‘penny off the pint’ in two consecutive Budgets. After many years of punitive taxation, this was a welcome sign of support and, with a government that seems committed to a thriving British brewing industry, many SIBA members are now more willing to make long-term investment in their breweries, which means more jobs and a larger contribution to their local economy.
Occupying this pivotal position, at the heart of communities and economies up and down the land, places independent brewers in a unique position to build the future of British brewing.
It is a role we will fulfil with commitment and passion, as we have for the last 34 years.
• Mike Benner is managing director of the Society of Independent Brewers (SIBA).