AS the referendum on Scotland’s future reaches the final straight and the noise of debate and argument grows to a crescendo, there have been many claims and counter claims made by each side, leading to many heated discussions and disagreements.

In reality it comes down to which option offers the best future for us and our future generations of Scots.
The tourism and hospitality sector, our industry, accounts for 15% of the Scottish workforce and, therefore, I believe it is one of the keys to the future plans for Scotland (despite it receiving only two entries in the Scottish white paper).
I have, therefore, been disappointed not to hear more about it and either side’s plans, aspirations or desires to take our industry and put it at the forefront of the country. 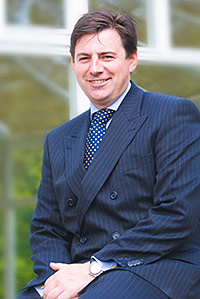 I do have a suggestion as to why it seems to remain neglected: it is an industry which thrives on consistency and continuity.
It is one which needs certainty as it ensures long-term investment and stability in employment so any discussion regarding drastic change – as the referendum brings – is going to undermine this need.
There is no doubt that the last 12 months has impacted on our trade, whether that be simple conversations in our bars and restaurants or the reduction in financial investment in our properties and teams as we await direction and leadership.
But this will not simply change whatever the outcome on September 18; it will require time and commitment to a stable future to let it return to its previous levels and, most important, evidence to confirm that not only is there a clear vision but also a positive return.
The future of our currency is central to so much of the debate, and rightly so as the decisions surrounding our future will be made depending on our currency.
We are a trading nation and, therefore, need to know how to price and support ventures in overseas markets.
Currently, as part of the United Kingdom, we receive global exposure for our brands, whether this is through the worldwide reach of the shared embassies or international exposure through VisitBritain.
There is no doubt that by working in harmony and unison we can ensure that we gain the maximum exposure around the world.
Currency is a crucial battleground for the campaign but there are so many other factors which will affect us that need answers.
If oil revenues do not meet the levels the most optimistic commentators expect then we will need to trim budgets.
If the number of those working and paying tax in Scotland falls by 5% as predicted over the next ten years and the elderly population grows then will we be able to attract sufficient migrants to make up the shortfall?
Our industry seems to be a magnet to those from outwith Scotland but they are attracted by the jobs, and without the demand for these jobs would Scotland remain so attractive?
The Better Together campaign has been maligned for its attitude towards the referendum, however I strongly believe that we are both more secure and stable in the current position and that the risk outweighs the potential benefits to Scotland.
Whilst the referendum has been a huge cost, both in terms of time and money, it will, I hope, set out the future for Scotland and allow all of us to realise the potential our country has.
Clearly I believe that is remaining within the United Kingdom.
• Beppo Buchanan-Smith is the owner of the Isle of Eriska Hotel, Argyll.

There is an opportunity to strengthen our country and our industry, writes Andrew Fairlie

TWO weeks from now we will have the opportunity to change the course of our nation’s history for the benefit of ourselves, our children and our grandchildren.

It’s an opportunity that may never be presented again.
It’s an opportunity to reflect on the Act of Union – a contract that was made on our behalf over 300 years ago; a contract made by the Scottish and English parliaments, that no ordinary Scots had a say in.
It was supposed to be the joining of two nation states as equal partners. As we now know, it didn’t quite work out like that.
In the referendum in 1997, the Scottish people overwhelmingly voted for the return of the Scottish Parliament to Edinburgh, albeit a parliament with limited powers.
The powers devolved to the parliament take in issues such as health, education and justice. The big issues, such as foreign policy, defence and taxation, remain with Westminster.
The referendum we will vote in on September 18 is not about voting for a particular political party or personality. It is about finishing the job and bringing the rest of the big decision powers home to Edinburgh. 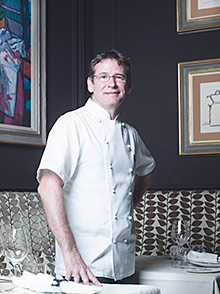 To answer the question over who is best placed to govern Scotland we should consider the progress made by Scotland’s devolved parliament where it has used its existing but limited powers.
Since 1999 tourism has continued to grow, both in visitor numbers and spending per head.
The Scottish Government has been instrumental in attracting both the Commonwealth Games and Ryder Cup to Scotland; it has also commissioned hugely successful campaigns, both at home and abroad, such as Scottish Food Fortnight, Scotland Land of Food and Drink and Homecoming Scotland 2014.
It has attracted direct air routes to and from Scotland to North America, the Middle East, Turkey and across Europe, prior to which many of our visitors were directed through Heathrow.
In short, it has successfully used the powers we chose for ourselves in the referendum in 1997.
But I sincerely believe we can do so much more with the full powers of a normal independent parliament.
As an independent country we could, for example, have a much more competitive aviation tax regime; we could cut VAT for our tourism sector; an independent Scotland would be much more effective at promoting itself overseas through a distinctive network and a powerfully renewed global brand.
A ‘Yes’ vote on September 18 will see Scotland assume full adult responsibilities of an independent parliament. It will be no land of milk and honey; of course there will be change. But you need to ask yourself, who do you trust to make the right choices for Scotland? Who do you trust to come up with Scottish solutions to Scottish problems?
In the event that Scotland votes ‘Yes’, there will be a general election in 2016 to elect whichever political party offers the best case for a new Scotland. At this moment in time I don’t know who will get my vote but you can rest assured that the people of Scotland will hold our politicians responsible, we will always get a government we elect and I’m really excited about a new positive future for my country.
We can and must finish the job by bringing the rest of our parliament home.
• Andrew Fairlie is chef patron of Andrew Fairlie at Gleneagles.