New tenants sought for ‘three in one’ complex 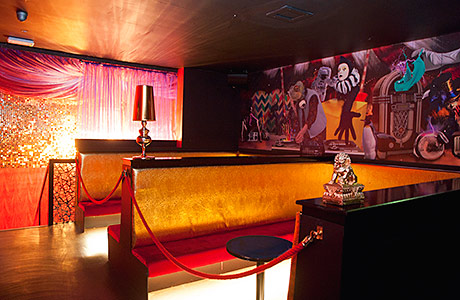 NEW tenants are being sought for a Glasgow nightclub complex which has hosted some of the biggest names in the music industry.

The ‘three-in-one’ property on the city’s Queen Street comprises the nightclubs Cirque, Massa and Cellar Door.
It hosted the 2013 MOBO Awards after-party show, which attracted music industry names including Tinie Tempah, Trevor Nelson and Rudimental.
Previously the ground and basement level space operated as one nightclub, however it now trades as a ‘three-in-one’ venue incorporating Cirque, Massa and Cellar Door.

The club is on one of the busiest streets in Glasgow.

All three venues have their own identity but can be connected internally if needed; the clubs also have their own serviced areas.
Property agent Christie & Co, which is marketing the leasehold at £175,000, said the clubs are currently trading well but offer scope for further growth.
“These three venues bring lashings of glamour and an air of exclusivity to the Merchant City area,” said Brian Sheldon of Christie & Co’s Glasgow office.
“With the ability to combine three venues into one, a full premises licence and being located on one of the busiest streets in Glasgow, the business is trading well and has potential for further growth – a winner for any nightclub buyer, investor, operator or owner.”