Hospitality businesses are just as susceptible to being caught out over infringements, writes Andrew Cockburn of Oswalds 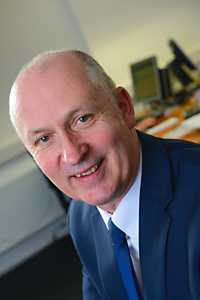 THE Bribery Act 2010 came into force on July 1, 2011 and at a stroke instituted probably the most far-reaching corporate anti-corruption regime in the world – on paper at any rate.
But how does this affect Scotland’s hospitality sector?

It seems to us there are several eventualities for hotel and pub chains, restaurants, tourist operators and the like to consider; to say nothing of the independent operators in these areas.
The main one is obvious – the Act applies to them as it does to every other company, and it’s fair to say that the larger the company, the more stringent the anti-bribery training and procedures it will need.
To give one example, suppose a hotel chain wishes to build a new lodge somewhere in the Highlands. While outright bribery has always been an offence, the Act has now tightened and clarified the situation so that even what might once have been considered a ‘gift’ or a ‘facilitation payment’ to a planning officer involved in the application would now be extremely suspect.
It is also worth remembering that the Act crosses borders too.
Let’s assume the hotel chain is intent on expanding, not just to England but also overseas. It is possible, even likely, that in some jurisdictions certain payments or investments must be made in order to secure a contract or certain permissions from the government.

The Act is careful in this area, acknowledging that, on occasion, these are valid (for example, where the local law requires certain conditions to be met) and the Act won’t be engaged. However, if the local law is silent on the matter, extreme caution must be exercised in relation to any financial demands made, lest they amount to an advantage to a public official. At this point, prosecutors would consider investigating.
These points affect both large and small operators, but how they will be dealt with will vary.
Officials have been careful to point out that the first and most important thing a company should do is to assess the risk of bribery being committed on its behalf and to act accordingly.
It is perfectly acceptable, having done so and judged the risk to be minimal, to not need any procedures – although that decision itself should be written down and justified.

What was once considered a facilitation payment is now extremely suspect.

However, where there is a risk (and it is regarded as being higher for companies that operate overseas as well as in the UK), extensive and complicated written procedures are still not essential. Proportionality and effectiveness are the keys, and what the directors and managers will need to show is that any procedures adopted are proportionate to the risk and that the procedures have been disseminated to the relevant staff.
For example, it could be regarded as proportionate that a company’s directors have shown top-down leadership, ensuring that managers in any given jurisdiction are made aware of the Act’s requirements, the company’s anti-bribery policies and the levels of corruption in their area, while maintaining contact with advisory bodies (locally and UK-based) for advice.
Lastly, and most critically, to ensure the company can thoroughly defend itself, every relevant employee at every level of the company must be advised on and trained in the company’s policies.
In the hospitality sector, given the multi-faceted nature of employee involvement with clients and customers, it is not just essential that every customer-facing employee should be advised and trained on the company’s relevant policies – even those relating to gifts and tips from clients – but that the company should have those policies in the first place.
• Andrew Cockburn is a director of company formation firm Oswalds.