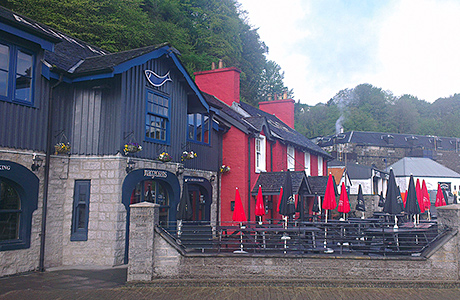 CUSTOMERS at MacGochans in Tobermory, on the isle of Mull, were treated to a surprise intimate performance by guitar legend Eric Clapton during the bar’s open mic night.

The guitarist took to the stage after hearing a cover of his hit single ‘Wonderful Tonight’.
Clapton is said to have performed a handful of country blues covers for MacGochans customers under a pseudonym.
And not all the customers were aware of what they were witnessing, according to owner Neil Morrison.
“A lot of people didn’t realise it was him until afterwards,” he said.