There’s a lot of political talk about curbing immigration. But the fact remains that much of our economy relies on overseas workers, either from inside or outside the European Union (EU).

And none more so than the licensed trade.
From a discrimination angle, all non-UK workers who have the legal right to work in the country (which includes all EU nationals) have the same level of protection against discrimination at work as, say, black or Asian UK nationals.
Our discrimination laws have real teeth.

Going through a proper process can lead to better decision making.

A worker who is discriminated against because of his race or nationality is entitled to an award of injury to feelings up to £30,000, and also to an award for loss of earnings which is not limited or capped.
Not only that, but in order to defend discrimination allegations an employer is effectively required to prove that they did not intend to discriminate: proving that you did not do or think something is no easy matter.
So how do you not discriminate against workers from other nationalities?
The easy answer is that you treat all workers in the same way: provide the same work opportunities, give them the same terms of employment and benefits, and treat them in the same way whilst at work.
Do that, and in principle you won’t have a problem.
Most employers will instinctively say that this is exactly what they do – so what’s the issue? 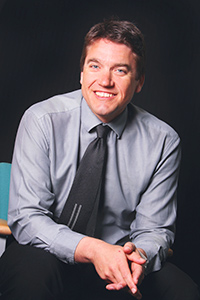 The trouble comes when you have to show to an independent observer (ie an employment tribunal) that your decisions were not in any way influenced by race or nationality.
If you have not properly documented your decision-making process, it’s going to be much harder to show that a decision was not discriminatory.
In practice, this means that you should have transparent and documented processes for all aspects of employment.
This ranges from decisions about recruitment and promotion, any disciplinary action you may take against employees, and in particular any steps taken towards dismissing an employee.
Ideally this requires having written policies and procedures in place – and following them.
You could also consider implementing diversity training to managers as this helps to show you take your responsibilities seriously.
Isn’t all this just more red-tape (time, paper-work and expense) for small employers?
There is some truth in that. But even if you don’t have policies or training in place, at the very least you should make a note of the reasons for your decisions in a style and format which can be understood by someone else reading it.
You never know when you may be required to justify your decision in the future, and having a written reference point is invaluable.
And in any event the rigour of going through a proper documented process can lead to better decision making, be it taking on the right person or letting go of a worker who is not performing.

We all want the best people, irrespective of race or nationality.

In the end of the day, we all want the best people to work in our businesses irrespective of their race or nationality.
Discrimination law is about being able to show that’s exactly what we’ve done.
• Ben Thornber is managing director of Thornber Employment Law.