Both sides of the debate on contracts can have extreme views but the reality is more nuanced, writes lawyer John Grant

THE issue of zero-hours contracts has been in the news frequently since 2013 and remains a hot political topic.

Only last week, Edinburgh Napier University was accused of “damaging the reputation of higher education” by advertising for a zero-hours contract lecturer.
There is currently a Private Member’s Bill before the UK parliament that seeks to prohibit their use and to outlaw any that are already in place, albeit this is thought to be extremely unlikely to succeed.
And recently business secretary Vince Cable made a speech in which he argued the labour market was now “too flexible”.
He also suggested that people on zero-hours contracts should have a legal right to request a fixed-term contract. This was described as being similar to employees’ existing rights to ask employers to grant them flexible working.
However, the right to make such a request is only that and there is no guarantee the employer would agree to the request.
There are also proposals to make “exclusivity clauses” (which prohibit workers from working for another employer) unenforceable, albeit there are further regulations to follow in relation to that.
But what could this mean for the licensed trade and how it operates?
Demand for staff fluctuates wildly depending on what’s on locally, who’s playing sport and where, and what season it is.
Staff requirements on a rainy, sport-free Monday are very different from a Christmas season Thursday when local offices are out for their annual party and different again from the peak of the Commonwealth Games.

Demand for staff fluctuates wildly depending on what’s on.

With zero-hours contracts, if people look beyond the extreme positions adopted on either side, it is clear the reality is more nuanced.
Len McCluskey, the general secretary of Unite, previously described zero-hours contracts as “forming a one way street” and had estimated that some 5.5 million people are now on zero-hours contracts.
In contrast, the Office for National Statistics estimated 538,000 were in use in late 2013 and the Chartered Institute of Personnel and Development (CIPD) estimated just over one million were in use in November 2013.
It is suggested that part of the reason for the disparity between these figures is the fact that a number of employees may be unaware of what their employment status actually is.
As with any employment relationship, it is in both employers’ and employees’ interests to have certainty that the way the employment is documented reflects the reality. 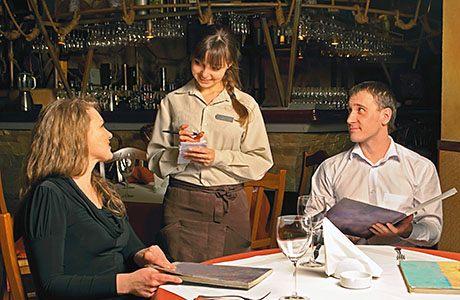 However, there are clearly a large number of employees who welcome the flexibility offered by zero-hours contracts.
CIPD carried out a survey in November 2013 that showed zero-hours workers are just as satisfied with their job as the average UK employee and, further, just under half of zero-hours workers are satisfied or very satisfied with having no minimum contractual hours.
Kate Nicholls, of the Association of Licensed Multiple Retailers, commented: “Licensed hospitality is a sector which has a need for causal and temporary staff to deal with fluctuating demand. For many working in licensed retail, temporary and causal contracts offer a flexible method of working, particularly for those combining work with study.”
That would seem to reflect the reality of the situation for most people in the licensed trade, both employers and employees, who require the flexibility to be able to adapt to seasonal fluctuations and who are happy with zero-hours contracts.
• John Grant is an employment lawyer at Wright, Johnston & Mackenzie.