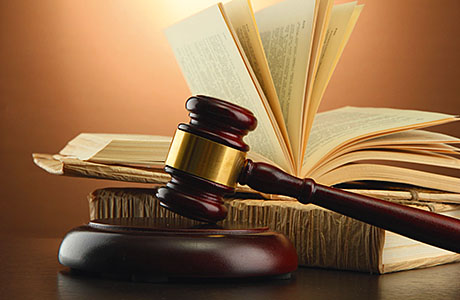 AS the fourth piece of alcohol licensing legislation to be drafted in nine years, there were high hopes for the Air Weapons and Licensing (Scotland) Bill.

Licensing lawyers have had a number of bones to pick with the Licensing (Scotland) Act since it became law in 2009, and even after several pieces of supplementary legislation there was still considerable dissatisfaction with the licensing system.
Enter the new Bill, and another chance for the Scottish Government to tighten up aspects of Scotland’s alcohol laws.
But while lawyers have welcomed several of the measures proposed in the new Bill, there is a sense that the latest legislation may not have gone quite far enough.
Among the measures welcomed by licensing lawyers was a requirement for licensing boards to respond to a licence application within nine months, or the application would automatically be granted.
Andrew Hunter, a partner at Harper Macleod, said the amendment was “most welcome”.

In my view, nine months is still an excessive amount of time for applications.

“Many applicants for various types of licence, especially variations of licence, are regularly left frustrated at the time taken for applications in certain areas to be processed,” said Hunter.
And Lindsey Wainwright, a lawyer in Tods Murray’s licensing team, said the proposed change in the law will “hopefully produce a more proactive approach from boards in dealing with any processing inefficiencies to meet these new deadlines and to let the applicants or their agents know much earlier when their application or supporting documentation are insufficient”.
Others were less impressed with the amendment.
“I do have a slight reservation about the length of time which has been given as nine months, in my view, is still excessive when one compares the speed with which applications under the previous legislation were processed,” said Archie Maciver of Brunton Miller.
“To allow a board nine months to process a transfer does seem to be an inordinate length of time given that under the previous regime, most transfers were dealt with within about three or four weeks.
“Be that as it may, I suppose it’s a step in the right direction.”
Also welcomed was a proposal to scrap the five-year ban on re-applying for a personal licence if an individual fails to complete their refresher training in time.
“Although this does not help those facing such a penalty for non-compliance with the August 31, 2014 deadline, going forward this disproportionate sanction will no longer be the threat it is currently to those employed in the licensed trade,” said Wainwright, at Tods Murray.
Another lauded aspect of the new legislation was a requirement for licensing boards to provide an annual report of their revenue and expenditure.
Maciver, at Brunton Miller, said the trade will likely welcome greater financial accountability for boards.
“There have been long-held suspicions by the trade that the system, which is supposed to be self-funding, was actually in many instances producing a surplus which was just disappearing into the council’s coffers,” he said.
“The trade will be interested to see the financial statements from the boards to see how the money received by them in relation to fees, etc. is spent.”
But for all the welcome changes, the country’s legal experts had plenty of reservations about the Bill, with several stating it simply does not do enough to tackle outstanding problems with licensing law.
“I can’t help but view the Bill as a missed opportunity,” said Audrey Junner, a director at Hill Brown Licensing.
“There was a real chance to listen to the trade and legal professionals and tidy up the less headline-grabbing procedural flaws in the current legislation.

More worrying is that there could be more legislation to follow in the years ahead.

“Instead it addresses a select few issues and falls short of making any significant improvements.”
Junner added that changes to the rules governing licence transfers “would have been welcomed with open arms by licensing lawyers, clerks and the trade”.
A failure to address licence transfers was also highlighted by Tom Johnston of legal consultancy Ormidale Licensing Services as one of the Bill’s major weaknesses.
“The situation regarding transfers remains unsatisfactory,” he said.
“Improvements are needed to the variation provisions and the return of the ‘site only’ provisional grant has not materialised.”
It’s not just the subjects omitted from the new Bill that have drawn fire, however.
Among the new measures proposed by the Bill was the reintroduction of the ‘fit and proper person’ test, whereby premises or personal licences can be refused on the grounds that the applicant is not a ‘fit and proper person’.
Sylvia Flynn, a solicitor at Young & Partners, said the Bill’s definition of a ‘fit and proper person’ was not well enough explained.
“While some would argue that a definition would be too restrictive, it is too wide in its current form and I feel it needs further definition to avoid it being misused or overused by those objecting to the grant of a licence,” she said. “A fit and proper person should have no proven links to serious and organised crime.
“Other factors to consider could be any proven involvement in fraud or dishonesty, violent or drug related offences, licensing offences, etc.”
And a clearer definition of overprovision is also required, said Flynn.
The Bill introduces the power for licensing boards to declare their entire area as overprovided, as opposed to individual localities within their area.
But Flynn pointed out that different interpretations of overprovision “means there are significant regional variations”.
“More detailed definition, or more guidance on the interpretation of the existing definition, would be helpful,” she said.
When the dust has settled and the Bill becomes law, the trade will face yet another set of rules to conform to.
More worrying, however, is that there could be even more legislation to follow in the years ahead.
Flynn said she reckons Scottish licensing law “remains a work in progress”.
And Junner, at Hill Brown, added: “If I could see one more Licensing Bill it would be a consolidated Act which pulls together the now numerous pieces of licensing legislation in one place in an accessible format.
“I expect that may, however, be a pipedream.”