IONA Pub Partnership, the leased division of G1 Group, is preparing to introduce a new ‘franchise’ model in an attempt to appeal to more “entrepreneurial” operators.

The new model, said Iona director Lesley Welsh, will differ from the company’s standard leasehold agreement in a number of ways, including allowing the tenant more freedom in their food and drink offers, as well as the way in which their outlet is marketed.
“We’re looking at a bit of a hybrid franchise,” Welsh told SLTN.
“We would probably give far higher discounts, we would probably put the till systems in, etc. But there wouldn’t be as much of a focus on saying ‘this is the food menu, these are the drinks you’ve got to stock’. It’s not going to be as prescribed.
“Obviously we’ll have to make sure it’s the right operators running those premises, and we’ll be more involved than we would be in a regular tenancy agreement.
“However, we don’t want to be too prescriptive because we feel that, at the top-end, there are some great entrepreneurs out there that are very creative and they don’t want to be tied into specific menus and offers.
“We want to give that flexibility so we can let them be the creative ones in relation to the offer.” 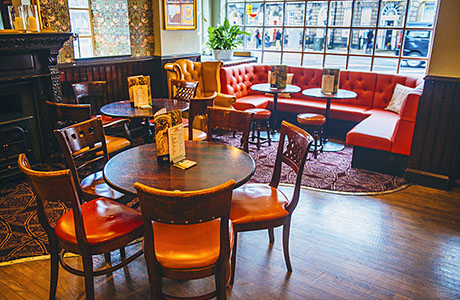 G1 launched Iona in 2005 and last year bought out Heineken’s minority share in the company.
There are currently around 110 sites in the estate, stretching from the Scottish Borders to Inverness.
Iona franchisees, said Welsh, can expect a closer relationship with the company’s business development managers.
“Currently our business managers look after about 30 pubs,” said Welsh.
“That means they maybe see them every month.
“With this franchise model it would probably be every week or couple of weeks.
“But we feel it’s important that, if it’s the right operator, we let them get on with running their business as well.
“I think some of the other franchise models are very prescriptive, and I think when you’ve got a great entrepreneur that puts them off.
“You’ve got to allow a certain level of leeway for them to bring out their own flair.”
Welsh said the new franchise model would only be suited to a minority of sites, and will likely only account for around 10 to 15% of the company’s estate, primarily focused on “top-end” units with a strong food offer.
“I think it has to be units that have a slightly higher turnover for it to work for both parties, and definitely units that involve a food element as well,” she said.
“Location-wise it could be a city centre unit or it could be a more rural unit with a big dining element.
“I don’t think it will necessarily be restricted by location, I think it will be higher turnover units, or units we believe have the potential to have a higher turnover.”
Iona is currently still drawing up plans for the new model, which Welsh described as “still in its infancy”. However, the company plans to approach existing lessees in the summer with a view to trialing the new franchise agreement this year before it is rolled out in 2015.
Welsh said it is “absolutely essential” that pub companies evolve their offer in line with the changing market.
“Years ago you went into a pub and it was the same draught products on the bar,” she said.
“Now, there’s so much choice, so if your product list is too restrictive it can hamper the tenant’s profitability and their turnover and what they can offer their customers.
“I think the industry needs to move with the market, and the market is so different now to what it was 15 years ago, so why would you have the same type of agreement?”