Employers need to be aware of legislation that is coming into force for smaller businesses, writes Sarah Drummond of Tods Murray 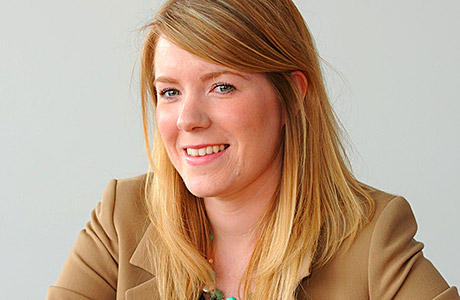 NEW laws came into force on June 30, 2012 requiring employers in the UK to automatically enrol certain workers into a qualifying pension scheme and pay minimum contributions into it in respect of those workers.

Large employers will already be a long way through the process of auto-enrolment.
However, its impact on medium/smaller businesses (with fewer than 250 workers) is kicking in between April 1, 2014 and April 1, 2017.
Auto-enrolment applies to everyone classed in law as a ‘worker’ and there are different types of workers with different responsibilities for employers.

Auto-enrolment applies to anyone classed as a worker.

There is no doubt, given the often transient nature of those working in the hospitality industry, that this new legal requirement will present some challenges for employers.
Individuals engaged on zero hour/casual contracts are likely to be regarded as ‘workers’ for the purposes of auto-enrolment.
This means that an employer will have to assess these individuals along with the rest of their workforce and determine whether contributions need to be made for them.
Given their very nature, those engaged on zero hour or casual contracts and also on a part-time basis are likely to experience fluctuations in earnings.
Seasonal peaks and troughs will, to a large extent, dictate a casual worker’s working patterns, and this will have a knock-on effect on their eligibility for auto-enrolment.
For example, you may have bar or restaurant staff who would normally only work a few hours per week but over a busy period may work a significant number of hours.
A ‘spike’ in a worker’s earnings over a busy period may take the worker over the earnings threshold for eligibility.
The upshot of this is that employers must continually monitor workers’ earnings to determine eligibility for enrolment and whether employer contributions need to be made.

This could be onerous. Also, where there is a high proportion of workers on low contribution levels in an employer’s scheme, this could have an adverse effect on the cost in terms of the annual management charge and potentially drive up the cost of the scheme.
It may therefore be appropriate to segregate zero hour workers from full-time staff and enrol them in a separate scheme, such as the government-nominated NEST scheme.
Another issue is the use of agency workers and the associated enrolment obligations.
Those engaging agency staff should ensure, as far as possible, that the onus in terms of auto-enrolment compliance does not lie with them.
One potential solution is to use the postponement mechanism permitted by the legislation governing automatic enrolment.
This could be a useful tool for dealing with one-off spikes in earnings.
Where a worker earns above the earnings trigger, an employer can issue a postponement notice, which will defer the duty to enrol that worker for up to three months.
After the postponement period, the worker will be reassessed. If their earnings are below the trigger threshold there is no obligation to enrol them.
This may not be a silver bullet, however, as the worker still has the right to opt in to the scheme during any postponement.
Another possible alternative to get round statutory automatic enrolment and the challenges of constant monitoring is to contractually enrol workers into a qualifying scheme.
This could be dealt with in the terms and conditions governing their engagement.
Whilst this would avoid the extensive monitoring process, it would present a fixed and guaranteed cost for the business each month going forward.
• Sarah Drummond is a lawyer in Tods Murray’s hospitality and leisure team.