Reports have ‘overemphasised’ Police Scotland’s use of the tactic 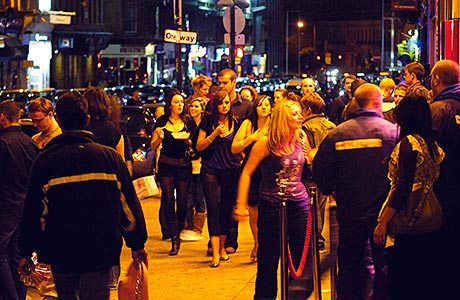 THE Scottish Licensed Trade Association (SLTA) has moved to reassure Glasgow licensees that they will not be subject to random test purchase visits, following reports in the media that all premises in the city would be visited.

All premises were contacted by police earlier this month as part of crime-reduction campaign Operation Relay to remind them of the importance of having a robust Challenge 25 system in place.
Test purchasing was referenced in the letter, and newspaper reports had stated that every premises could expect a visit, which would have represented a departure from the police’s existing ‘intelligence-led’ approach.
However, SLTA boss Paul Waterson said Police Scotland told him that “test purchasing will only be done when they [the police] feel it is necessary, and in premises they believe aren’t taking steps to eradicate a problem with underage [drinking]”.
“The papers have overemphasised the fact that test purchasing will be used,” said Waterson.
“Nothing has changed in their policy.
“They’ve written a letter to all premises to highlight they should review their own responsibilities and procedures around the sale and supply of alcohol, and they’ve been reminded that test purchasing is a tactic that may be used when they’ve exhausted other means – having advised the licence holder of the intention and sufficient evidence of problems in a relevant area.”
Operation Relay will see police activity stepped up in a number of ways throughout April and May, including increased roadside safety checks, warrant executions and curfew and bail condition checks.
A Police Scotland spokesman told SLTN it will be up to local area commanders to “identify which premises (if any) they wish test purchased within their own areas”.
“All premises have been issued with the same letter so they are aware that a test purchase operation is commencing,” he said.
Scottish Beer and Pub Association chief executive, Brigid Simmonds, said the campaign “highlights the need for publicans to be vigilant in making sure that they are operating fully in line with the law when it comes to underage purchases”.