THE firm behind rum brand Bacardi has launched a multi-million pound ad campaign in the UK, promoting the brand’s heritage.

The Bacardi Untameable Since 1862 campaign will feature television advertising and a digital campaign as well as outdoor advertising and on-trade sampling.
Both 30 and 60-second TV ads have been created for the campaign. The ads, which were filmed in Ouro Preto, Brazil, star Spanish actor Jordi Molla with voice-over work from British actor Jason Isaacs.
Bacardi’s logo has also been refreshed as part of the campaign, with the brand’s updated bat logo said to be inspired by early designs.
Lisa Jazwinski of Bacardi said the prohibition-themed campaign is aimed at younger drinkers.
“Our consumers are coming of age in an uncertain world but they remain fiercely optimistic,” said Jazwinski. 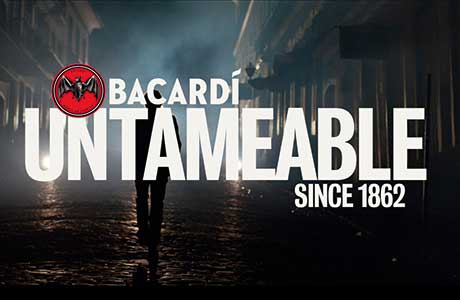