BUBBLES have yet to burst, Burgundy is under pressure and French wine is still top dog – those are among the key findings of a new report by wine merchant Bibendum.
According to the Bibendum Insights study, the volume of wine sold in the UK on-trade remains in decline. 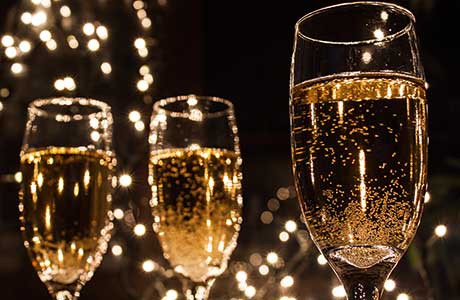 However, the supplier said the 1% drop recorded in the 12 months to October 2013 meant wine outperformed total alcohol sales in the UK on-trade, which were said to have declined by 5% in volume terms over the same period.
Meanwhile, the value of wine sold in the UK’s on-trade outlets was said to have fallen 7% to £3.49 billion in the 12-month period – a figure which Bibendum said would suggest volume sales may have been buoyed by reduced margins.
The success story of the category continues to be sparkling wine, which, according to the supplier, enjoyed a 6% uplift in volumes, while the value of sparkling wine rose 8%; Champagne saw a 3% uplift in volumes.
By country, France remains ahead of the pack, with volumes up 9% and sales up 3% in value terms.
New World wines appear to have taken the biggest hit, according to the report, with Australia and New Zealand posting value declines of 15% and 26% respectively. South Africa and Chile faired marginally better, declining by 8% and 14% respectively.
Despite the success of its neighbours, Germany is said to have experienced the biggest declines of the European wine producing nations, with volumes down 17% and value down 24%.
When it comes to vintages, three years of poor wine growing weather have pushed the price of Burgundy up, leading Bibendum to conclude that the wine may be “pricing itself out of the mainstream restaurant business”.
Looking ahead, Bibendum predicts the emergence of “healthy alcoholic drinks” as a trend for 2014, highlighting wines infused with ginseng and goji berries as examples; it also predicts an increase in organic and lower calorie options.
A multi-million pound investment aimed at developing premium quality, low ABV wine in New Zealand was highlighted by Bibendum as an example of innovation in the wine market targeted at “the increasingly health conscious consumer”.
Bibendum also anticipates an increase in innovation at the point of sale, which the firm said “acts as a proxy for quality”.
And the wine merchant highlighted Prosecco on tap and flip top bottles as examples of innovation trends that will “help to differentiate” products at the point of sale.