TRADE groups and drinks bodies have welcomed the announcement that the duty escalator for alcohol will be scrapped as part of the chancellor’s most recent Budget.

The escalator, introduced in 2008, ensured that duty on alcohol rose by 2% above inflation each year.
It was removed for beer in the 2013 Budget and has now been scrapped altogether.
In addition to removing the escalator, chancellor George Osborne also announced that duty on spirits and “normal cider” will be frozen, and duty on beer cut by a further 1p a pint.
Wine and Spirit Trade Association chief executive, Miles Beale, said the duty announcements “will be widely welcomed by consumers and businesses across the UK”.
“The move will help British pubs, bars, and restaurants up and down the country, and will boost jobs and investment in the great British drinks industry and in the hospitality sector more widely,” said Beale.
In addition to the developments on duty, Osborne announced that a planned increase in fuel duty – originally scheduled for September – will not happen.
• See the April 3 issue of SLTN for a full reaction to the 2014 Budget. 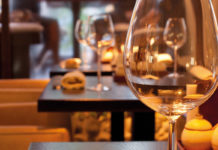 Eat Out to Help Out site goes live