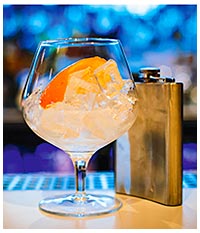 AN American TV series set in a New York advertising agency in the 1960s is credited with boosting the popularity of the Old Fashioned cocktail at an Edinburgh bar.

The team at G1 Group’s Bothy in Murrayfield reckon Mad Men’s Don Draper character has helped broaden the appeal of the whisky-based drink, particularly among male consumers.
Bothy GM Colin Brand described the Old Fashioned as a “no-nonsense” cocktail. “Some things are quintessentially blokeish and this is right up there with Old Spice, DIY, Yorkie bars and brown sauce,” he said.

Curfew will be “last straw for many businesses”