A QUESTION frequently asked by visitors to Scotland, as well as the resident population, is why Scotch whisky is often cheaper overseas than in its home market.

The answer, which you are likely to know as you work in the licensed trade, is that an astonishing 79% of the average cost of a bottle of Scotch is made up of excise duty and VAT.
When we quote that figure we are often met with disbelief, quickly turning to anger, that Scotland’s national drink is subject to such a punitive tax regime in its own country.
As well as punishing the Scotch whisky industry, which supports 35,000 jobs and underpins many urban and rural communities across the country, the level of tax is placing an additional burden on already hard-pressed consumers.
Consumers are, of course, the backbone of the drinks and hospitality industries.

Duty on Scotch whisky has soared 44% in the last six years.

To explain how we arrived at the current situation where almost 80% of a bottle of Scotch is taxation we need to go back to the introduction of the alcohol duty escalator in 2008 by Alistair Darling, the then Labour chancellor.
The escalator means that duty on Scotch, and all spirits and wine, has increased at 2% above the rate of inflation every year since 2008.
Duty on Scotch has, as a result, soared 44% in the last six years. Over the same period, the UK market for Scotch whisky has declined 12% in volume and is now 21% lower than a decade ago.
While Scotch exports have continued to increase to reach a record £4.3 billion in 2012, the tax treatment of Scotch by the UK government sends out the wrong signal to overseas markets.
It makes it harder to negotiate fairer trading conditions in other markets to further boost exports and therefore the Scottish and UK economies.
As you will know, the escalator has a detrimental effect on the hospitality industry and the communities it serves.
More than 40% of the value created for the on-trade comes from spirit drinks and wine sales. That means the scrapping of the duty escalator on beer last year, and the cut in duty, did only half the job in supporting bars, pubs, restaurants and hotels. 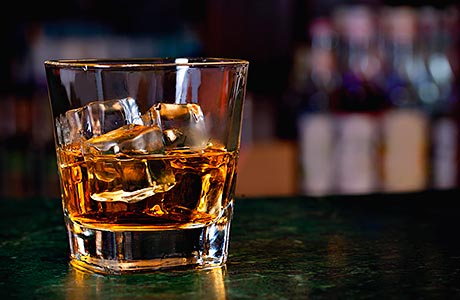 All these factors help explain why we’re calling for the scrapping of the alcohol duty escalator and a freezing of alcohol duties across the board in 2014.
We are part of the Call Time on Duty campaign, along with the Wine & Spirit Trade Association and the Taxpayers’ Alliance, urging the UK government to make this decisive move in the forthcoming Budget to help consumers, businesses and the wider economy.
Ending the escalator this year would provide a major boost to the trade, and keeping it would obviously deepen the damage that has already been done.
Pubs, bars and restaurants across the UK could be £100 million worse off under plans to hike alcohol taxes in the Budget, according to analysis by the Call Time on Duty campaign of the government’s own revenue forecasts.
Just months after chancellor George Osborne pledged support for the hardworking owners of pubs, cafes and restaurants he is instead preparing to hand over a devastating tax bill. The sector is already contributing around £3.5 billion in alcohol duty a year.
Scrapping the escalator in 2014 would also benefit the government. Independent research from Ernst & Young found that removing the escalator would boost the public purse by £230 million and create around 6000 jobs.
We are hopeful that the chancellor will listen to all these reasons why the escalator should go.
Please lend your support to the campaign at www.calltimeonduty.co.uk.
• David Frost is chief executive of the Scotch Whisky Association.