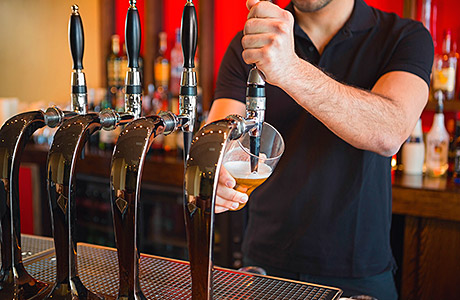 Slow uptake on refresher courses is a cause for real concern, providers say

DESPITE the fast-approaching deadline, it seems many in the trade are dragging their feet when it comes to refresher training for the Scottish Certificate for Personal Licence Holders (SCPLH).
Training firms contacted by SLTN said that, although the deadline for refresher training for the first batch of personal licence holders under the 2005 Act is just six months away (August 31, with evidence to be presented to the relevant licensing board no later than December 1), the uptake of places on training courses has been slow.
Robin Morton of Robin Morton Licensing advised licensees to organise refresher training sooner rather than later.
“It is genuinely a worry for those who were issued personal licences when the Act came in to force,” he said.
Peter Fulton of ABV Training agreed that uptake has been poor and warned of an expected increase in demand for training later in the year.
“The refresher training requirement has been slowly approaching for five years now and as soon as we announced our confirmed dates we started to take bookings,” said Fulton.
“But, even with the pace of these early bookings it is obvious that there is no urgency in the market at the moment. We have been in similar situations before and know from experience that as the deadline gets closer demand will intensify.”
With so many still to complete the training, publicans should book a course as quickly as possible, said Mike Wroe, of Highfield Awarding Body for Compliance (HABC).
“Don’t delay,” he said. “If you have the chance, and are not waiting for the start of the new financial year, do it now.
“There will be a large number of applications coming through after April so licensing boards will have larger numbers of renewals to deal with from spring onwards.”
Joanne Worrall of Twist Training echoed Wroe’s sentiments, highlighting that there are “no guarantees” on how long the paperwork side of the process may take. “It would be advisable for those licensees who need the training completed this year to do so as soon as possible,” she said.
Forward planning is key, according to Linda Bowie of Alcohol Focus Scotland.
“We would strongly recommend that personal licence holders book onto courses as soon as possible and don’t leave it to the last minute,” she said.
“Operators should look to see which training providers are in their area. Often people just go to their local college, but be aware that they may be closed over the summer and many people will be looking to complete the refresher course by August 31.”
Despite the apparently slow uptake, it seems some operators have taken steps to complete their training ahead of the deadline.
Louise Ramsay of DG Training reported a “good response” so far but highlighted that “when speaking to some people in the trade they are reluctant to do their training until they really need to”.
“My advice is to do your training as soon as possible to avoid the rush in the lead up to September 2014,” said Ramsay.
“You will not be penalised for completing your training early.”
And training providers were quick to stress that failure to complete the refresher training on time could have serious consequences.
Licensing lawyer and BII Scotland chairman Stephen McGowan said it is “absolutely critical” that personal licence holders complete their training.
“If the deadlines are missed the personal licence is revoked and the person cannot re-apply for five years,” he said. “This could be devastating for someone who needs the personal licence for their job.”
Paul Chase of training firm CPL agreed, highlighting that “if the premises manager is a personal licence holder and fails to meet the deadline then the premises cannot sell alcohol until a new premises manager is appointed”.
Michelle Montague of Tennent’s Training Academy said that a failure to complete the training could have “serious consequences for businesses”.