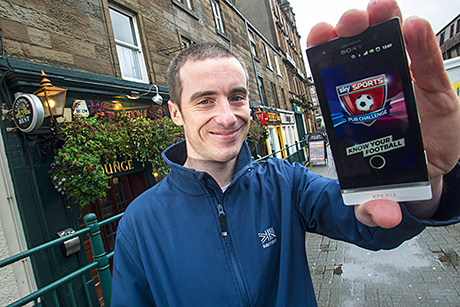 A WEST Highland pub-goer has been named as the first winner of Sky’s monthly Pub Challenge competition.

Roddy Morrison from Oban (above) took the £2500 prize after scoring the most points using Sky’s Pub Challenge app, which runs a series of quizzes and polls before, during and after Barclays Premier League games to encourage customers to stay in pubs for longer.
“Some of the games that haven’t been as interesting, I wouldn’t have stayed to watch all the way through if I wasn’t playing the Pub Challenge app,” said Morrison.
“Normally you would leave at the end of a game, but recently I’ve stayed after the match to answer the questions.”