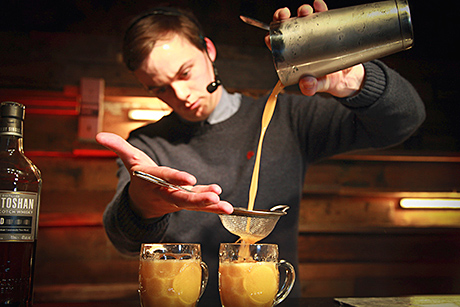 A GLASGOW bartender will make a trip across the Atlantic after winning a cocktail competition for Scotch whisky brand Auchentoshan.

Aidan Bowie (pictured) of the five-star Blythswood Square hotel was one of twelve bartenders competing in the European final of the Auchentoshan Switch contest earlier this month.
After winning the contest he will now have the opportunity to spend a fortnight working in New York bar Dead Rabbit, while the winner of the North American final will do a stint in London cocktail bar Nightjar.
The judging panel for the contest included Auchentoshan master blender Rachel Barrie and Nightjar co-owner Edmund Weil as well as mixologist Ryan Chetiyawardana.