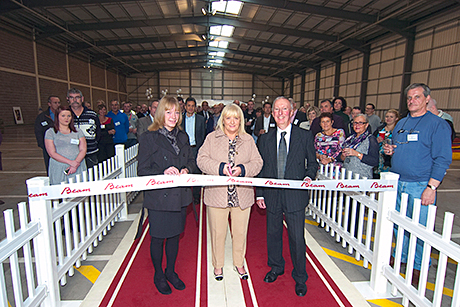 BEAM Global toasted six decades of whisky maturation in Glasgow this month with the opening of three new warehouses.

The £3 million expansion of the company’s Westthorn site, which is currently used for the maturation of Teacher’s, Laphroaig and Ardmore whiskies, is expected to increase Beam’s storage capacity by close to 20%.
At the official opening of the new warehouses Albert Baladi, Beam Global president for Europe, the Middle East and Africa, thanked staff in Glasgow for their “commitment, passion and dedication to this site”.
Baladi said the increased capacity of the site will help Beam to meet a growing demand for Scotch in emerging markets, particularly Russia and Africa.