THE last few years have been tough for a lot of operators in the licensed trade, but one publican in the Scottish Borders reckons there’s rarely been a better time to run a pub.

And the reason, said Annika Meiklejohn, proprietor of Kelso pub The Cobbles, is the number of craft breweries operating across Scotland.
Annika and husband Gavin bought The Cobbles seven years ago.
Both are passionate about craft beer and so, during their refurbishment of the 19th century coaching inn, the pair opted to install four hand pumps. 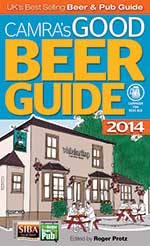 In the years since, the pub has added a further two dedicated craft keg lines and the Meiklejohns have expanded their operation with the launch of the nearby Tempest Brewing Co.
Headed by Gavin, the brewery produces a range of beers, including Long White Cloud and Cascadian Blonde. Earlier this year it launched Snakebite, a beer and cider hybrid produced in conjunction with Scottish cider maker Thistly Cross.
It’s been a productive year for the pub too.
Last month The Cobbles was named the best pub in Scotland and Northern Ireland by the Campaign for Real Ale (CAMRA) in its latest Good Beer Guide.
The publication, which lists quality real ale pubs across the UK, includes 334 pubs across Scotland and Northern Ireland, 68 of which were new additions for the 2014 edition.
The Cobbles will now compete with 15 other pubs from England and Wales for the title of CAMRA National Pub of the Year 2014. The winner will be revealed in February.
“It’s huge, really fantastic,” Annika said of topping the Scotland and Northern Ireland list.
“My husband and I and all our staff and the customers, the regulars, are all absolutely thrilled.
“It’s great recognition of all the hard work everyone’s put in.
[pullquote_right]There’s probably never been a better time to have a pub with the number of microbreweries around at the moment.[/pullquote_right]“In the town we’re the place to come for real ales.
“We take pride in serving them in really good condition. We turn it over a lot, so the beer is fresh and tastes good.
“All the staff are trained in cask beer, and it’s a really important focus for us.”
It certainly appears to be a boom time for craft beer in Scotland.
The Good Beer Guide lists eight new Scottish breweries in its 2014 edition. These include Eden Brewery in St Andrews, Balmaha Brewery near Loch Lomond, Beeches Brewery in Lochgelly, Prestonpans Ales in Prestonpans, Elixer Brewing Co in Livingston, Windswept Brewing Co in Lossiemouth, Speyside Craft Brewery in Forres and Sixdegrees North Brewery in Stonehaven.
The growth in craft is not restricted to Scotland, of course, and the guide lists 187 new breweries which have opened across the UK in the last year, bringing the total to 1147 working breweries across the country.
“There has been phenomenal growth in the number of breweries producing real ale across the UK, which is fantastic news for drinkers as this creates more choice and more opportunity to buy locally produced beers,” said Good Beer Guide editor Roger Protz.
Annika at The Cobbles agreed that consumers are becoming increasingly passionate about the category.
[pullquote_left]We take pride in serving all of our beers in really good condition.[/pullquote_left]“The more it gets talked about in the news, and the more articles and press, the more people are interested in it,” she said.
“People are a lot more adventurous now. People like to try things that taste a bit different and try new things.
“I think that’s the good thing about having real ales: it’s not just always the same beer on tap, you get to try different things.
“I think people are generally a lot more open to craft beer than they were five years ago.”
But Annika insists that the increasing number of breweries isn’t just good news for beer drinkers.
“There’s probably never been a better time to have a pub, with the number of microbreweries that are around at the moment,” she said.