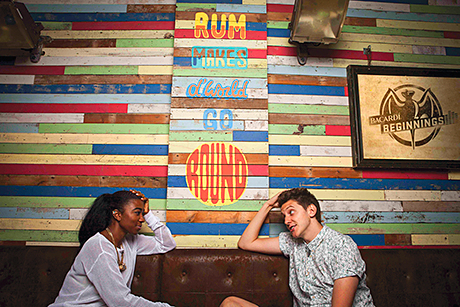 THE firm behind Bacardi will look to reinforce the brand’s music credentials today when it announces the winner of an online competition.

Part of the ‘Bacardi Beginnings’ campaign from Bacardi Brown-Forman Brands, the ‘Beats Per Minute’ project saw the firm take to social media to release music track Pandora’s Box, before launching a consumer competition to re-mix the track.

The competition winner will be given a production masterclass.

Initially only the first beat of the track, which was the product of a collaboration between Radio 1 DJ and producer Toddla T and singer Roses Gabor, was released, with every subsequent Tweet and Facebook like from fans prompting the release of more of the song.
The entire song was revealed in less than an hour.
Fans were then asked to listen to and remix the track online at www.bacardibeginnings.com.
At the launch of the competition Toddla T had encouraged consumers “to do the most leftfield, mental stuff to it”.
As well as a ‘production masterclass’ in a studio with Toddla T, the competition winner will be awarded remix equipment and have their track played at the next Bacardi Beginnings event.
The latest Beats Per Minute competition is the second stage in Bacardi’s ongoing music campaign, which is focused on pairing established acts with young talent.

The first project paired up electronic quartet Rudimental with emerging singer songwriter Bipolar Sunshine.
Details of the third project are expected to be released later this month.