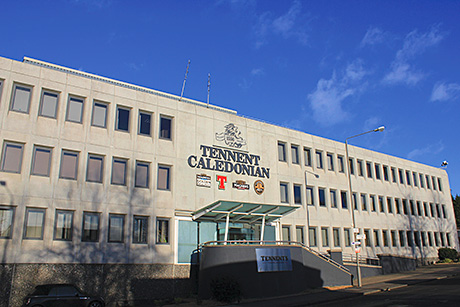 TENNENT Caledonian was named Investor of the Year at the Deals & Dealmakers Awards in Glasgow earlier this month.

The brewer’s trade invest team picked up the gong in recognition of the £20 million funding support Tennent Caledonian is said to have provided for more than 150 pub businesses in Scotland.
Finance director Michael Sloan said the brewer strives to offer “competitive and tailored” funding packages to support operators’ business plans.
“As a company, Tennent Caledonian is fully committed to the future success of Scotland’s on-trade, at a time when financial support and expert advice are in growing demand,” he said.
“Our reward is seeing ambitious pub businesses flourish but we are also very pleased to see our team recognised in the broader business community with this award.”
A spokesperson for the Deals & Dealmakers Awards said Tennent Caledonian is operating in a “tough sector”.
“They have been clever with their approach, in that they have moved on from the old fashioned brewers loans into actually taking some equity,” said the spokesperson.

Image – Tennent’s trade investment team is based at Wellpark Brewery in Glasgow.