Sustainability, the environment and a bit of fun fuel Martin Young’s ventures 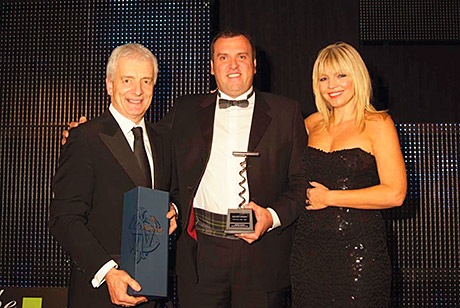 BRIDGE of Don pub The Mains of Scotstown Inn uses around 1500 unpaid labourers to keep business costs down.

There’s no chance of employment law being broken, however, as the labourers in question are earthworms.
The team chews and digests 83% of the pub’s food waste as part of lessee Martin Young’s sustainability programme.

It might not be common practice for operators to use worm compost in their venue’s herb, fruit and salad garden, but these are the lengths to which Young will go to operate his business in an ethical manner – a quality which saw him pick up the 2012 SLTN Community Giant Award, in association with Johnnie Walker.
Young believes sustainability is becoming increasingly important to his customers, as awareness of ethical practices grows.
“I think more and more people are looking for sustainable businesses,” said Young.
“People care about where their food comes from and where their waste goes.”
A £700 bin from ‘green product’ supplier Earth Essentials and 80 kilograms of worms are all that’s required to take care of the vast majority of The Main’s food waste, said Young, but the worms can’t handle everything.
For the rest, Young has five compost bins converting waste into fertiliser and a cooking oil recycling regime; waste oil from the pub is sold to a local recycling centre, where it is converted into bio-diesel and anti-bacterial soap.
These products are then purchased back and used by the business.
“The aim is to have a self-sustaining community,” said Young, who has been at the helm of The Mains of Scotstown Inn since 2006.
The supply of sustainable products is far from the only service Young provides to the local community, however.
He said helping out in the area is beneficial to both the locals and to the business, and recent years have certainly seen him put his money where his mouth is.
In 2011, £16,000 that had been set aside for advertising the pub was instead ploughed straight back into the community, helping to fund a number of initiatives and events in the locality.
One such initiative, which particularly impressed last year’s SLTN judges, was Project Pancake.
The community event saw chefs join forces with students from two local schools to cook enough pancakes for the residents of nine local sheltered housing sites.
Young also played a key role in setting up the Bridge of Don Pubwatch scheme in 2011.
Ten pubs are currently signed up to the scheme, which aims to prevent anti-social behaviour in the local community.

Young played a key role in setting up the Bridge of Don Pubwatch.

Young said operators in Bridge of Don have forged a stronger working relationship with local police since the initiative launched.
“I think more and more, publicans need to speak to the local bobbies,” said Young.
“If you have a problem with drugs or anti-social behaviour then the police are a great help.”
Charity is a particularly important aspect of Young’s operation, and he claims The Mains of Scotstown Inn and sister venue the White Cockade have raised £276,000 for the local community in the last 20 months from a combination of donations and fundraising events.
And the charity projects haven’t stopped since Young won the SLTN Community Giant award.
Last November 32 volunteers from The Mains and the White Cockade climbed the UK’s highest mountain, Ben Nevis, in aid of Aberdeen’s Neonatal Unit and the Cash For Kids charity operated by local radio station Northsound 1.
Young told SLTN that the group raised more than £8000 for the two organisations through sponsorship of the climb.
His involvement with the community has continued as part of the pub’s ‘Our Community Project’.
Set up by Young and Bridge of Don Community Trust member Kevin Munro, the project has brought together a number of Bridge of Don businesses to take part in community-focused initiatives throughout the area.
These have included a ‘Festival of Fire’, an initiative which provided Aberdeen with what’s said to be the city’s biggest ever fireworks display.
Staff and customers are also gearing up for this year’s ‘Giving Tree’ Christmas event.
Run in association with Northsound 1’s Cash For Kids charity, the Giving Tree event provides Christmas presents to children in the area who are living in poverty. 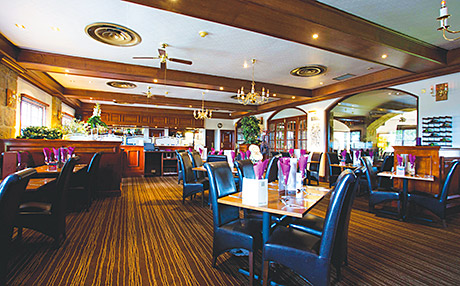 Images – Top, Martin Young (centre) picks up the SLTN Community Giant Award, in association with Johnnie Walker, at last year’s SLTN Awards. Above, He has operated the Mains of Scotstown Inn since 2006.