Operators can capitalise with winter flavours and meal deals 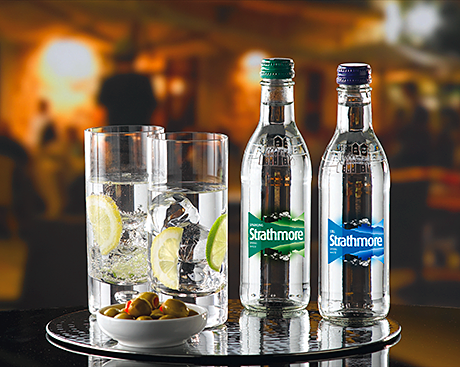 WITH September coming to a close it can feel like a long wait until next summer, and the traditional boost the sunshine gives to the soft drinks category.

However operators shouldn’t neglect their non-alcoholic offers just because the mercury is expected to drop. Soft drinks suppliers contacted by SLTN said the winter months, and the festive season in particular, can provide a real opportunity to grow soft drinks sales.
Graham Carr-Smith, founder of soft drinks company Qcumber, doesn’t believe the sunshine’s departure will have too much of an effect on soft drinks sales.
“Outlets might find that the amount of ice they get through declines just a little in the colder weather, but consumers will still be seeking out interesting and alternative soft drink options,” he said.
“There is a strong year-round demand for soft drinks. Whatever the time of year, demand from drivers, those avoiding alcohol and people looking for refreshing drink alternatives to accompany meals exists in the on-trade.”

We’ve found the variation to be more in line with occasions such as Halloween.

Although the demand for soft drinks is expected to continue into the winter, publicans might find consumers opting for different flavours, according to Guy Cooper, managing director of catering and bar equipment supplier Mitchell & Cooper.
“During the winter period, seasonal flavours such as orange, cinnamon, fig and ginger take centre stage while light and fruity flavours become less available,” he said.
“Beverages that incorporate these warming, spicy flavours generally appeal when the weather turns cold, so introduce a selection towards the end of October to maximise on them as much as possible.”
Stocking seasonal and limited edition flavours was a strategy also supported by Simon Speers, managing director of soft drinks firm Bottle Green.
“In addition to their core range of soft drinks licensees need to be bringing in new and seasonal lines as well as limited editions which will keep the offering fresh and vibrant and stimulate interest amongst their customers,” said Speers.
Rather than building up a seasonal menu, an event-led soft drinks focus was suggested by Alan Hay, on-trade controller for AG Barr, the firm behind Irn-Bru and Strathmore water.
“Consumer tastes do change across the year,” said Hay.
“However, rather than changing specifically with the seasons, we’ve found the variation to be more in line with occasions such as Halloween, when more unusual drink mixes are popular, and Christmas when mocktails are more readily available and sell very well.”
Hay also highlighted food as another significant opportunity for growing sales of soft drinks.
“Taking advantage of food is important,” he said.
“In outlets where food is served, consumption of soft drinks is higher; particularly as a result of family dining.”
Wes McKenna of Coca-Cola Enterprises (CCE) agreed, but said that operators need to do more to highlight their soft drinks range on the food menu.

“We still find that soft drinks are often under-represented on outlets’ menus and we are working with customers to help them understand the benefits of this,” said McKenna.
“We know it helps to increase sales.
“With more food and drink being bought on promotion out of home, outlets that can offer soft drinks as part of a meal deal are sure to see increased customer engagement.”
Current consumer trends such as casual dining were highlighted by soft drinks giant Britvic as particularly important for operators.
Andrew Boyd, commercial director at Britvic, said there are “two distinctive consumer mindsets” that can boost soft drink purchase in the on-trade.
He listed “the rise of casual dining” and “on-the-go occasions” as two trends with significant relevance to soft drinks sales.
Amanda Grabham soft drink brand Shloer offered three “top tips” for SLTN readers looking to raise the profile of soft drinks in their outlet.
She said operators should actively promote soft drinks through food menus, point of sale and increasing visibility in fridges; use soft drinks in meal deal offers; and place the most profitable soft drink brands in “hot spot” fridge spaces such as the top shelf.