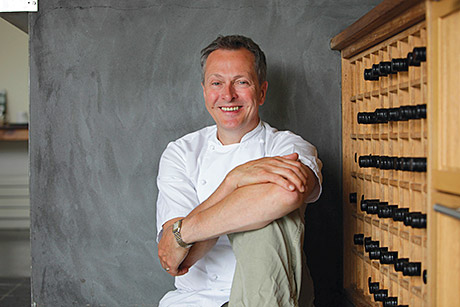 NICK Nairn is set to launch a new restaurant in Aberdeen next month.

Native by Nick Nairn at the Hilton Garden Inn Aberdeen City Centre will be the Scottish chef’s second venture with Hilton Worldwide, following the launch of The Kailyard By Nick Nairn at DoubleTree by Hilton Dunblane Hydro, which opened in January 2010.
Due to launch at the end of October, the new restaurant will aim to showcase the “best of the land and the sea” with steaks and seafood sourced from local suppliers expected to have a starring role on the menu.
Newly-appointed head chef Gary Leishman, who was previously at Carberry Tower and Ackergill Tower, will head up the operation and is currently working alongside Nairn who is now in Aberdeen every week.
Nairn said the north east of Scotland has been on his radar for some time.
“Since launching the Nick Nairn Cook School in Aberdeen last year, we’ve had incredible support from local people and that got me thinking about opening a restaurant in the north east,” he said.
“The area is home to some amazing produce and lots of people who love great food.
“Native by Nick Nairn will deliver that with great service in a sophisticated and elegant refurbished setting within Hilton Garden Inn Aberdeen City Centre.”
Stewart Lorimer, area general manager for Hilton Worldwide in Scotland, said: ”We’re delighted to be working with Nick again in delivering an enhanced dining experience for our guests.
“Having worked closely with Nick and his team over the past few years, we’re excited to see what his influence will bring to Hilton Garden Inn and our guests and visitors to Aberdeen.”